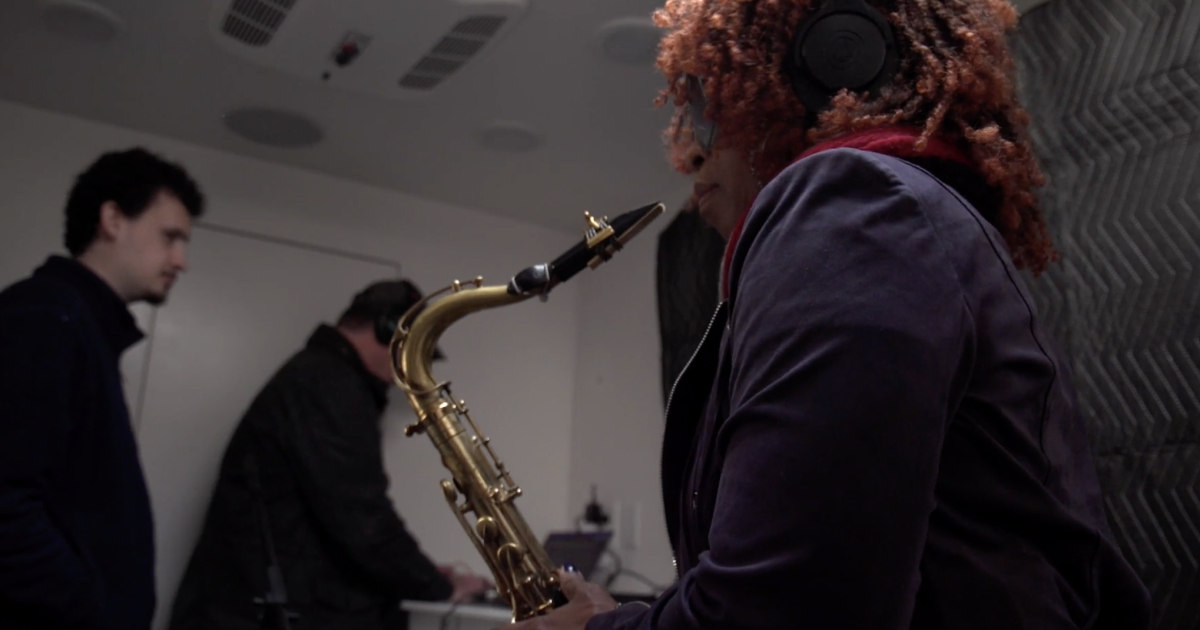 HYATTSVILLE, Md. — To bring a song to life, the soft sounds of a musician meet the high-tech of a sound engineer.

From the inside, it might look like a typical recording studio, but from the outside, it’s far from it.

The song recordings all take place on four wheels.

Painted bright red on its exterior, American University Humanities Truck is a mobile recording studio that helps capture local music, which otherwise might not get recorded.

“Our engineer, Neil [Perry], worked at The Hit Factory in New York for over 20 years, where he recorded David Bowie and Mariah Carey and Prince,” said American University professor Aram Sinnreich. “We try to take a sound snapshot.”

It came with music recording program called “Coming out of their shells.” For several months, the Humanities Truck – a converted food truck – has been settling into the lives of communities and musicians, allowing them to record their music for free.

“The idea is the musicians – we’ve all been locked up at home for two years now, not playing shows, not going to recording studios, not being able to interact with our communities,” Simmreich said, “and this truck is nice to pull people out of their shells.

One of those who come out of their shell is Ronald Scott.

Scott, with the musicians, are part of the group called “Raw”. He wrote the recorded song, titled “I like it Raw”.

“The fact that we’ve been closed for so long, it’s almost like kind of a breakup, if you will,” Scott said.

Inside the soundproof truck, saxophonist Sharon Thomas lays down her track for the song.

Sinnreich says he would like to see the program expand to musicians in more states, with the idea of ​​giving as many different musical styles as possible a chance to shine.

And the sound quality?

“Awesome,” Scott said after listening to the recordings through headphones. “I was very happy with it.”

It is a reaction that is music to the ears of those who bring it about.

“I want to give musicians a sense of hope for the future, a sense that there is life after COVID and that they can start their musical life over again,” Sinnreich said.

As musicians seek a fresh start, it gives them a chance to hit the right note again.