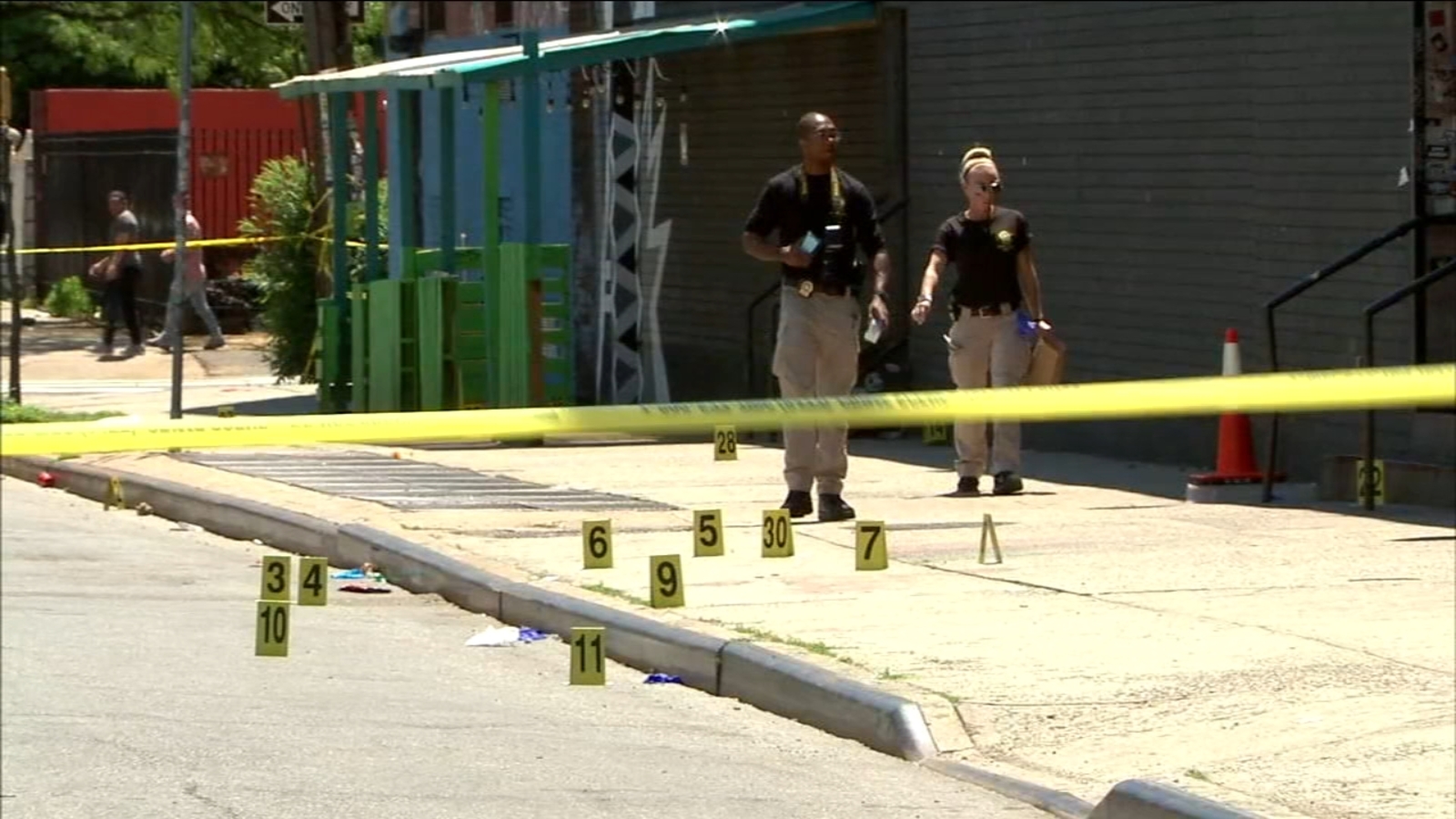 A man was shot in the head outside a recording studio in Ridgewood, Queens

By Bong G. Miller Last updated Jul 10, 2022
Share
RIDGEWOOD, Queens (WABC) – A man was struck in the head and killed after dozens of shots were fired outside a recording studio in Queens early Monday.

Filming occurred just before 1:30 a.m. at Summerfield Street and Wyckoff Avenue in an industrial building that also served as a recording studio.

Police believe several gunmen were involved in the shooting, firing at least 30 shots, which hit a 21-year-old man in the head. He was pronounced dead at the scene.

Numerous .22 caliber shell casings were recovered, believed to be from several weapons.

According to the police, the victim was leaving the huge building, filled with dozens of offices, when the shots rang out.

Sources told Eyewitness News that surveillance video showed at least one of the suspects, armed with a gun, fleeing the scene.

A witness said the victim’s girlfriend, who is pregnant with the couple’s first child, showed up at the scene but was too upset to speak.

“There are a lot of people coming in and out, I don’t know where they come from, it wasn’t like this before,” neighbor Maria Rios said.

She also heard the gunshots early in the morning. She lives just across the street. Rios is so scared, not just of stray bullets, that she moved her bedroom away from the front windows.

“A car almost drove into the building so I said I’ll change the room in the back and that’s it.”

Other neighbors described the terrifying moments the shooting unfolded.

It’s a relatively quiet neighborhood where there haven’t been any murders on the compound in the last year. Now, in 2022, they are up to seven shootings.

“I’m scared,” said one woman. “I lived in this neighborhood, two blocks from here and it’s not safe. It happens all the time. You hear about people getting shot all the time.”

At present, the motive remains under investigation.

How much does it cost to build a professional recording studio?