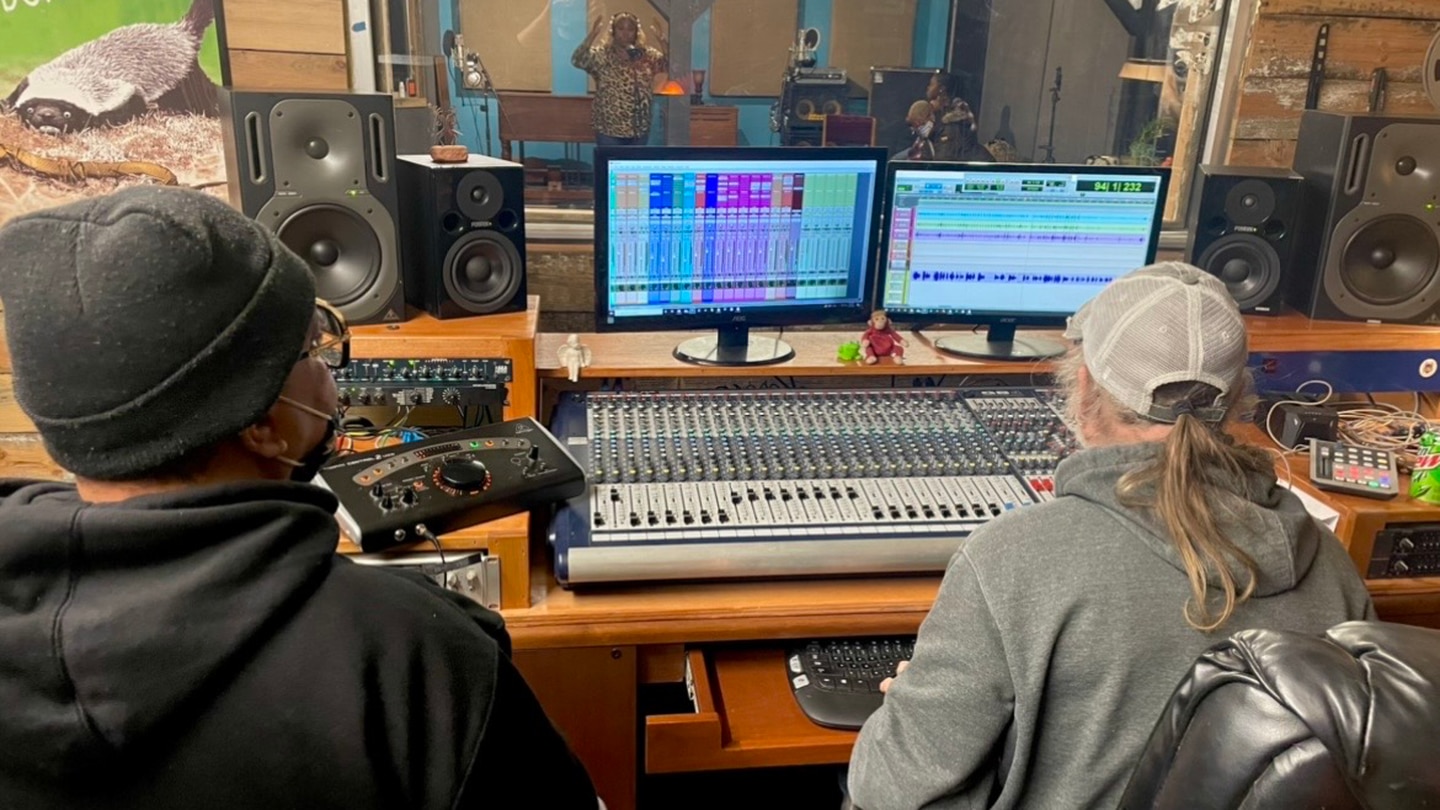 BARTLESVILLE, Okla. – A unique recording studio in Bartlesville is trying to bring music to more people in the area.

The Gray Dog Listening Room is a space where people are not allowed to talk while the artist is performing. They just have to listen, and the idea is that they can actually hear the music.

Rushad Eggleston – or Rushadicus – is a Grammy-nominated artist who plays cello and kazoo. He is also known as “The Cello Goblin”.

“I’ve always been a goblin. You know, it’s just kinda funny, kinda mischievous like an imp or a pixie,” Eggleston told FOX23.

He recently performed at the Gray Dog Listening Room in Bartlesville.

The venue opened in April and Eggleston said he liked the intimate setting.

“It’s very nice for me,” he explained. “People can really see your face and your facial expressions. It’s a different thing that happens in a small venue.

The listening room is next to the Red Cat Recording Studio. Bridget Wood manages both sites.

She told FOX23 that she wanted to create a very small concert space and only 40 people are allowed inside the listening room at a time.

“That expectation that people won’t talk and they’ll be there to hear the show,” she said. “It just changes everything. It really lets people connect with the artist and they can have their conversations later,” Wood said.

The studio can also record the artists as they perform, and Eggleston has improvised all of his work. So he said live recording was great for him.

“I wish every studio had listening rooms. Then I could go to every one of them, play forever and then I’d have hundreds of albums,” he said.

Wood said she hopes the listening room will help musicians and introduce more people in Bartlesville to different types of music.

“The goal of everything we do is to empower people to unleash all that creativity, express it, and share it with the world,” she explained.

Wood also said she hopes the listening room and recording studio will encourage more young people to get into music.

“What we love to do is work with kids or teenagers and help them record,” Wood explained. “