The art of classical music recording seems to be overshadowed by the actual music it records. In a given symphony, one can notice the beauty and virtuosity of the violinists, the strength and power of the horns, and the clarity of the woodwinds.

But do we ever really notice that ride of gain that made the pianissimo audible? Or the lack of phasing of a good Decca Tree placement? That’s because our unsung recording heroes – our engineers – are working their subtle yet important recording magic. Well, hopefully…

Recordings can go wrong very quickly without the right knowledge. I once asked an engineer to try applying some of his knowledge of rock music recording to recording a violin. He mic’d the violin as if it were a guitar amp and tried to shut all sound out of the room. The result? My 1850s German violin sounded like a rusty 1970s tin can.

I’ve also seen co-workers give concerts in large concert halls only to have a portable, portable recording device placed in the middle of the room. I’m sure the two mics on this recorder didn’t do their performance justice.

I was lucky enough to sit down with Yuri Lysoivanov, who is a classical music engineer, teacher, and chair of the recording arts department at Tribeca Flashpoint College in Chicago. As well as training our next generation of engineers, he’s recorded everything from a pipe organ Christmas album to Haydn’s Creation with a full orchestra and choir.

Yuri helped demystify the concepts of classical music recordings, sharing tips on recording technique, equipment preferences, and common mistakes to avoid. Whether you are a musician or sound engineer, his advice will allow you to make a recording you can be proud of.

How are classical music recordings different from non-classical recording sessions?

In the studio, knowledge of how acoustics work is much more important for classic sessions. When my students are recording a solo musician or a small ensemble in the studio, I expect them to do detailed research into how each instrument generates sound. Then it’s up to them to find the best place in the room to put the musician and the microphones. The piece is just as important to the overall sound as the performer.

For concerts, knowledge of stereo techniques is crucial. Again, it’s about capturing the performance of the musicians and the response of the space. Fortunately, there are plenty of guidelines that are helpful and make life easier.

What equipment do you use?

I have a trusty pair of Neumann KM184 microphones that I use for my stereo pair, and I use a host of other microphones as stabilizers as needed. I will also rent B&K omnidirectional microphones if I want to do fancy spaced pair recordings.

For gigs, I run everything through an Audient ASP880, which gives me eight independent channels for recording. I love the Audient because the preamps are pretty transparent for the price, and I’m sure to capture what I’m actually hearing.

I route the Audient output through a lightpipe to a Universal Audio Apollo Twin interface, which connects via Thunderbolt to a Macbook Pro laptop. The Apollo also has 2 extra channels for recording, but I try not to use them as they aren’t as transparent as the Audient. The good thing about having the Apollo is that it comes with some really great processing tools should I ever need them. All of this is recorded in Pro Tools.

What equipment would you recommend for a beginner getting into classical recording?

For me, the microphones are the most important. Get a good pair of cardioid mics for stereo pairs. The vast majority of your sound when recording classical gigs will come from this stereo pair. I know a lot of people who record gigs with nothing but a single pair and get great results. However, I appreciate having at least two additional support microphones.

I love my Neumann KM184s, but there are also better and much more expensive options. For studio recording, having a good ribbon microphone comes in handy for stringed instruments. And of course, record in a space that sounds great!

In my opinion, there really isn’t a great, inexpensive way to get high-quality classic recordings. You have to invest.

What are the typical microphone setups you commonly use?

For gigs, I love, love, love using the ORTF (French, 110 degrees apart) or NOS (Dutch, 90 degrees apart) settings for my main stereo pair. Both of these options achieve a great wide stereo field with minimal phase issues. I will then supplement them with a pair of spaced omni microphones on either side of the set and mix them up. From time to time I will also add a spot microphone or two if there is a soloist.

It’s not a one-size-fits-all setup. I’ve also seen many other gig engineers use a spaced pair and call it a day. I try to avoid using spaced pairs, but I used one for the organ recording because the organ itself was huge and the microphones could only be 15-20 apart feet maximum due to the architecture of the space. In this case, having an ORTF pair would be limiting as it is not far enough apart to capture the full width of the instrument, so a spaced pair would be a better bet.

How have your methods evolved over time?

When I started I used too many mics considering I came from a studio background. At first I didn’t realize that the main stereo pair was going to do most of the work, and I tried to overdo it and be too creative – sometimes much to the chagrin of performers who didn’t have used to seeing so many. microphones around them. I simplified my setup pretty quickly.

I’m also starting to get more comfortable with post-processing, especially adding reverb. I’ve come to accept the fact that you often can’t choose the room you’re recording in, and sometimes high-quality artificial reverb can sound better than what’s actually coming from the room.

What are some common mistakes or misunderstandings that you see your students or interpreters making?

My students are so used to putting a microphone in front of everything – especially the drums – that the idea of ​​putting one a few meters away is generally foreign to them. But often this space is what makes classical instruments sound great, especially violins and violas.

It also helps when we host an artist who moves a lot when playing. Related to this, pointing a mic directly at the instrument can pick up a lot of sonic harshness and mechanical noise from the player.

For performers, the most important thing is to practice… So students: skip the Friday night party once in a while and go to the rehearsal rooms instead.”

For performers, the most important thing is to practice. People who are unaccustomed to studio time tend to grossly underestimate the amount of preparation they need. Generally this isn’t a problem for professional musicians, but some of the newcomers we’ve brought into the studio have been a different story.

I’m not kidding, a student told us to pause the recording so he could practice this cello suite. And no, we’re not going to edit your performance for a scholarship audition – that’s totally unethical!

Knowing your role is not enough. We use very sensitive microphones that will pick up all sorts of detail in the performance, so having good technique is also important. It is imperative that musicians – especially solo musicians – be well prepared when they enter the studio.

So students: skip the Friday night party once in a while and go to the practice rooms instead.

What is your post-process?

I usually keep it pretty simple. If it’s a good set in a good room, I do a simple master using iZotope Ozone where I raise the overall level of performance to around -16 LUFS. There may be simple limitations involved, but they are so subtle that you will never hear them.

If the room is bad, I’ll record with the mics a bit closer to the instruments, then use artificial reverb to give the performance some space.

For concert recordings, if the client wants a CD output rather than just an archive, I will run iZotope RX to de-noise parts of the recording and take the time to remove the coughing, chair squeaks and other noises as needed. 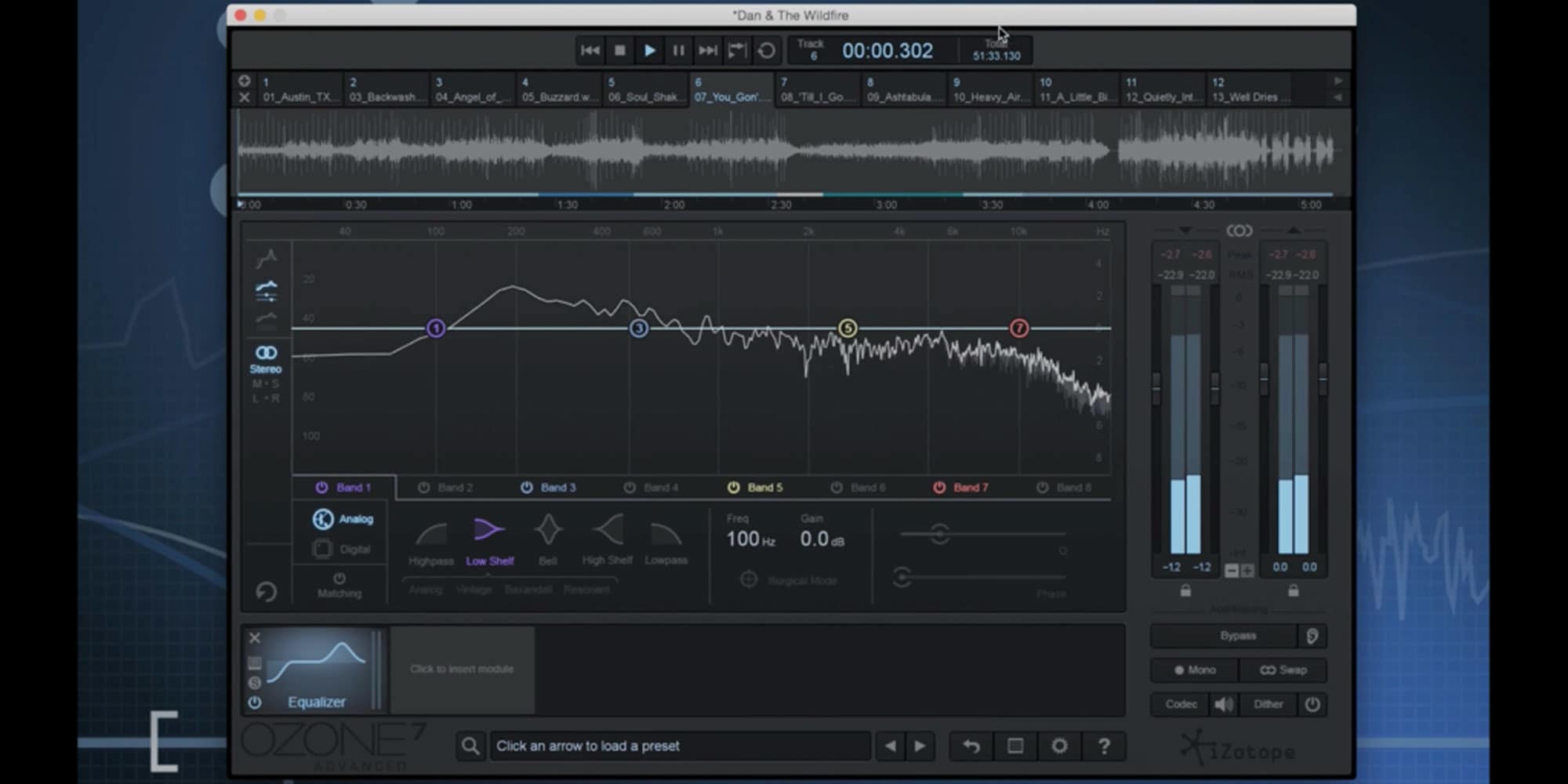 What advice would you give to classical engineers?

First, be specific. I’ve seen so many theater setups where a guy just hooks up a stereo pair (usually in ORTF) that isn’t actually angled right or leaning to one side, and they just call it a day. It’s a huge bugbear for me.

I take an assistant with me for gig recordings (yes, I pay for them), but it’s worth it because they’ll help me sort things out. It’s not uncommon for me to set up during rehearsal and then have an assistant adjust the pickups until I tell them it sounds the way I want it. It’s definitely worth it for me to optimize this stereo pair – even if it’s just for an archival recording. Maybe I’ll get lazier when I grow up.

And two, become a pro at iZotope RX. I don’t care if you’re the greatest recorder in the world, you don’t have the magical ability to turn off the sound of air conditioning, accidental chair creaks and bodily noises from your audience. If the client wants a CD version of a concert, being able to minimize or remove that content is a great skill to have.

What advice would you give to classical performers before a session?

Also, take good care of your instruments. Your lack of maintenance of the instrument will be noticeable in the recordings.

And finally, don’t be afraid to ask the engineer for basic comforts, like dim the lights, change chairs or desks, a bottle of water, or change positions. The recording is a partnership between the engineer and the artist who share the same goal. We will be happy to work with you to help you give the best possible performance.

The future of music recording is wireless, portable and simple