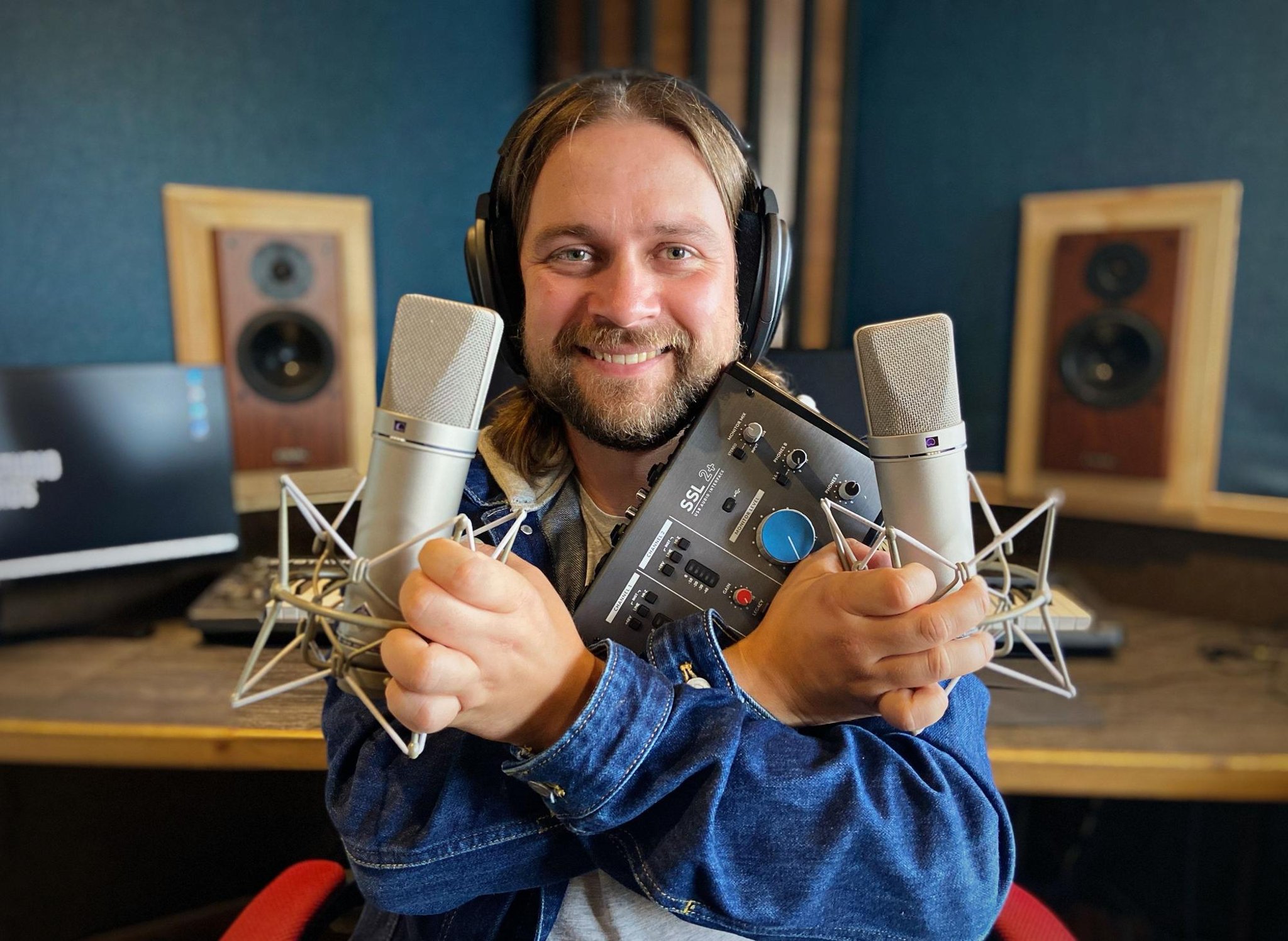 Eleven artists scattered across the country are making new music from their homes with state-of-the-art laptops and microphones after funding was secured for a new concept billed as a major ‘breakthrough’ by allowing artists to create new work profitably in the most remote areas.

The founder of a recording studio on the Isle of Lewis has won support from Creative Scotland for his idea to send sets of equipment to flight cases across the country.

Register to our daily newsletter

The newsletter mute the noise

Keith Morriso has staged an acting contest to use the free sessions after winning £26,000 for a pilot project which he says will prove that “high quality music can be made just about anywhere”.

Graham Maclennan plays accordion with a dance group based in Stornoway.

Morrison and his team at Wee Studio in Stornoway use the latest video technology and recording techniques to control equipment and guide every act to produce the best possible results.

Singers and musicians from the islands of Canna, Barra, North Uist, Skye and Lewis, as well as Inverness, Ross-shire and Glen Shiel in the North West Highlands, record music with material borrowed under the Clàradh san Sgòth (Cloud Recording), which was developed when musicians were unable to travel to recording studios due to lockdown restrictions.

Morrison said: “I had started a record company before, because I was meeting a lot of incredibly talented musicians who, after a few years without recognition for their talents, were walking away from it. It was very difficult for them to get any funding. I felt a great responsibility to nurture the creative scene on the island as much as possible.

“When Covid arrived, I was left to work alone in the studio because we couldn’t get anyone in.

Singer and musician Lisa MacNeil is based on Barra Island.

“But at that time we were working with artists from all over the country, including the band Heron Valley and their singer Abigail Pryde, with whom I was recording a solo album when she had to move back to live with her parents in Dunoon .

“She bought some equipment and I managed to send her other bobs from here. I would video call him and tell him what to do.

“It was a bit of a nightmare and we did all the vocal parts to finish the album, but it triggered something in my brain and I started wondering how it could be done better, with a little more reflection and investment.

“I realized that with the high speed internet we have now, high quality gear could be sent anywhere in a very simple flight case and I could use streaming software to take control of a laptop in someone’s home.”

Morrison, a founding member of Stornoway’s band Face the West, started the Wee Studio in the family home in Stornoway 14 years ago before securing permanent premises in the town. He started a Wee Studio label five years ago and has worked with Lewis-based artists like Peat and Diesel, Astrid and The Tumbling Souls.

However, acts planning to record with the Wee Studio faced average costs of around £1,000 to travel to and stay at Stornoway.

Gaelic singer Fiona J Mackenzie is based on the Isle of Canna.

Morrison hopes the concept of remote recording will evolve into a new business wing for the studio, with at least three sets of kits circulating across the country, but he also offers to help similar initiatives get off the ground elsewhere in Scotland.

He added: “Obviously a lot of musicians and bands have their own equipment and can now record remotely.

“They all managed to manage a studio at home. I was very keen that this project not just be a funnel for people in my studio. When completed, I plan to produce a very simple and easy to read fact sheet so that all other studios can copy it, that the public money invested in the project will benefit the whole Scottish music scene.

Friseal, lead singer of Gaelic rock band Balach, said: “Time in the studio is probably the biggest cost any new band has to bear.

“As a band formed during lockdown who haven’t been able to tour or generate income yet, this will be a huge financial help, as well as an opportunity to showcase our material and help us build an audience before we go on the road. “

Singer Alice Macmillan is based on the Isle of Lewis.

Steele said: “Travelling to record new material is something that I have limited time – this project is the perfect fit and will allow me to continue my development as a musician, something I am immensely passionate about. It has been three years since I recorded Gaelic or traditional material professionally. »

Stewart-Skinner, who plays a duo with her mother, Christina, said: “We only really started playing together during the first lockdown.

“I came home from college and there wasn’t much else to do but have fun arranging songs. We soon discovered that our performance styles were very similar and we worked well together .”