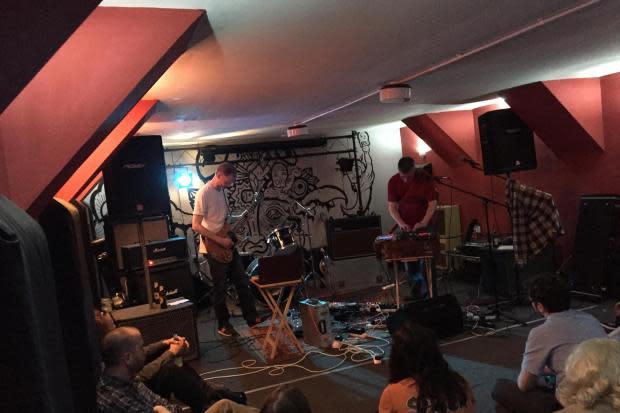 THE OWNER of a recording and rehearsal space for musicians that is threatening to be demolished says the loss of the business would have a very detrimental impact on the area.

He said: “We have known for a few months that our landlord, Harrison Commercial Properties, plans to develop the site which would involve demolishing existing units to build four new units.

“Our unit is about 5m by 38m, so it’s very long and we have five soundproof rehearsal rooms and a recording studio inside. The new units offered are much smaller, so not really suitable for us, in addition to being much more expensive to rent.

“We opened the studios in February 2011, at this point the building was run down with no electrical or plumbing.

“We then proceeded to repair, refit, plumb, re-wire, secure and soundproof the entire building inside and out at a cost of tens of thousands of dollars. books – my savings – and without government funding, to create standard professional rehearsal and recording ease.

“The business has become well established and profitable, but more importantly a vital center for the Durham music community.”

Mr. Combstock said the rooms are used by 30 to 40 bands a week using the rehearsal space; he recorded more than 300 artists in his studio; mentored four aspiring young sound engineers who have progressed in the professional field; provided public address, instrument, equipment and sound engineering services throughout Durham City; and hosted the full Durham University marching band to record albums.

Rocking Horse Rehearsal Rooms has also accumulated eight years of work with Rhythm Dynamics, providing drum lessons to over 50 students from the age of six; provision of audio services and voice-over recordings for television and radio; hosted several regular music nights featuring local bands at Durham venues including Fish tank and Empty Shop; created videos of local musicians, from live sessions to music videos, as well as producing our own youtube channel, including our Gluefactory session series.

It provides a venue for local original bands to hold small-scale gigs, including the recording of two Live at Rocking Horse vinyl albums.

Mr Combstock added: “The closure of our establishment would be a huge loss to the cultural infrastructure of the city, especially as County Durham is currently in the process of bidding for UK City of Culture.

“It’s going to be difficult for us to move, because of finances and because we built this place ourselves. It would take a long time and be expensive to start over. But if we have to, we will.

“I have been in talks with local elected officials and I have had attentive ears. I also have meetings with planning officers this week.

He added: “Losing this facility will be such a shame for Durham. The music scene here isn’t thriving right now and we’ve lost venues that allowed up-and-coming bands to play original material. We are one of the last places they can go.

“We started our campaign with a petition to gain popular support for or for a cause.”

You can also follow our dedicated County Durham Facebook page for all the latest news in the area by clicking here.

For all the top news from across the region straight to your inbox, sign up for our newsletter here.