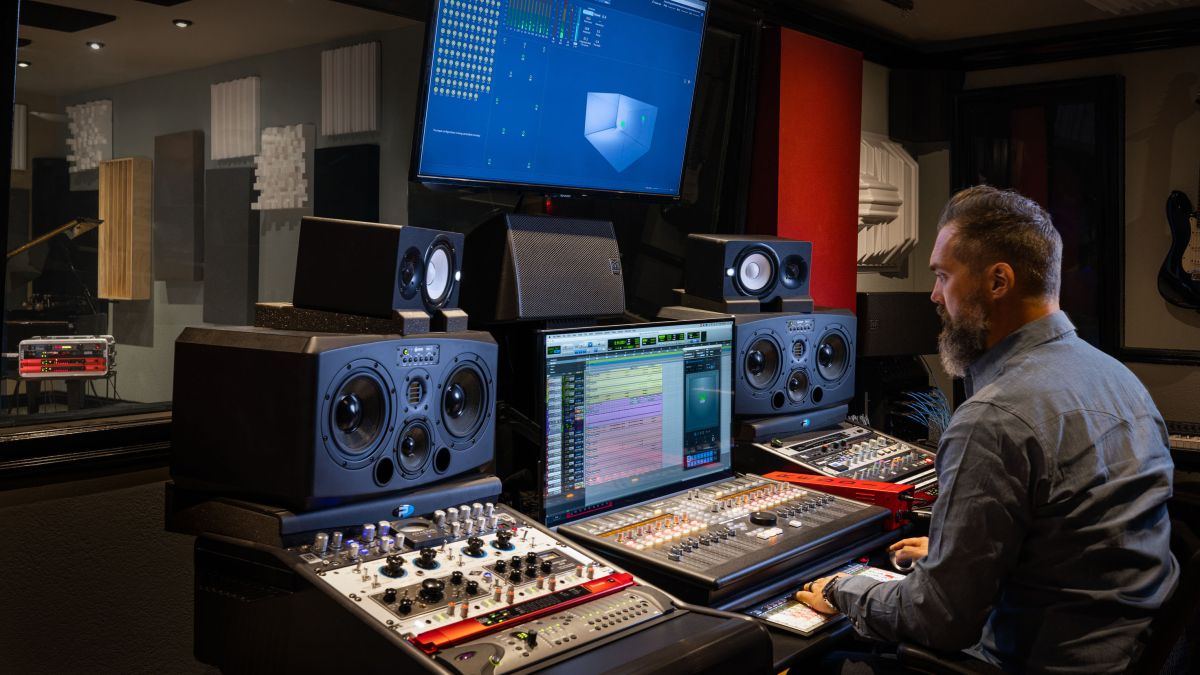 Working Title Recording Studios in San Mateo, California is a new generation of music production facilities. One of the few Dolby Atmos-certified studios in the Bay Area, it was founded by Kenny Kaiser, a longtime front-end mixer for artists such as The Killers and Sammy Hagar, and his associate Forrest Lawrence, a mixer and reputable system. technician. Kaiser says mixing in the immersive, three-dimensional Atmos environment is the next step for music.

“Since the pandemic lockdown, everyone is looking for a new experience,” Kaiser said. “It’s going to be there for a very long time.”

In addition to its acclaimed mix chops, Kaiser has also brought other things to the company, including key components from its inventory of Focusrite Red and RedNet products, including the Red 16Line 64-In/64-Out Thunderbolt 3 and Pro Tools | HD-ready audio interface, eight-channel RedNet MP8R mic preamp and RedNet R1 A/D converter and interface system, plus an unusual but effective choice of studio monitoring: a complete Atmos 7.1.4 package including CDD and T- installation type 40 loudspeakers from Martin Audio, the same brand whose MLA ranges he prefers on tour.

As Kaiser continues to work with Hagar’s current project, the Circle, Kaiser and Lawrence have their sights set on music, commercial and corporate production at Working Title Recording, and Focusrite equipment is key to making it effective and efficient. “I was talking to Forrest, and I said we can run a mic line on Mogami XLR cabling for $180, or we can get 128 channels on a thousand feet of Cat-5 cable for a fraction of that,” he says of how the Dante® Network and Focusrite products fully cover the installation’s two control rooms and four monitoring/recording spaces. “And we don’t need to drill as many holes in the walls. Between cost savings and ease of connection, opting for Focusrite interfaces made perfect sense. »

According to Kaiser, the Red 16Line units have become the studio’s go-to converters and act as inputs/outputs between the mic preamps and Pro Tools systems in the studio and the SSL Sigma console in the main control room. The MP8R moves around the facility in its own rack as needed. “We have it as a floating mic preamp for four recording rooms – two normal live rooms, a loading dock room which we also use for recording and a front room which we use for guitars or if we have any one that has a small project coming up.” The RedNet R1 is being used as part of a mobile teleproduction suite.

But collectively, Focusrite technology provides Working Title Recording Studios with a flexible and reliable digital ecosystem that allows people in the studio to focus on creativity. “For example, I can patch anything I want to patch and it’s all on one screen,” he said. “And the Focusrite mic preamps sound great. I’m a big fan of them. Combine that with what Atmos can do with music – we’ve had about 15 demos with artists and record company people, and we’ve seen two people cry hearing it – and you literally get goosebumps hearing it. It’s incredible. And Focusrite allows us to do that.

“To get the infrastructure running with an analog or traditional way of thinking would have cost three times as much. Just having these units available and not having to worry about conversions – just plugging in a Cat-5 cable and getting to work – there’s so much money and time saved.

Along with Martin Audio speakers, which Kaiser says are well-matched to Dolby Atmos SPL specs and EQ curve, Working Title Recording Studios has what it takes to compete. “And the holes in the wall are much smaller.”