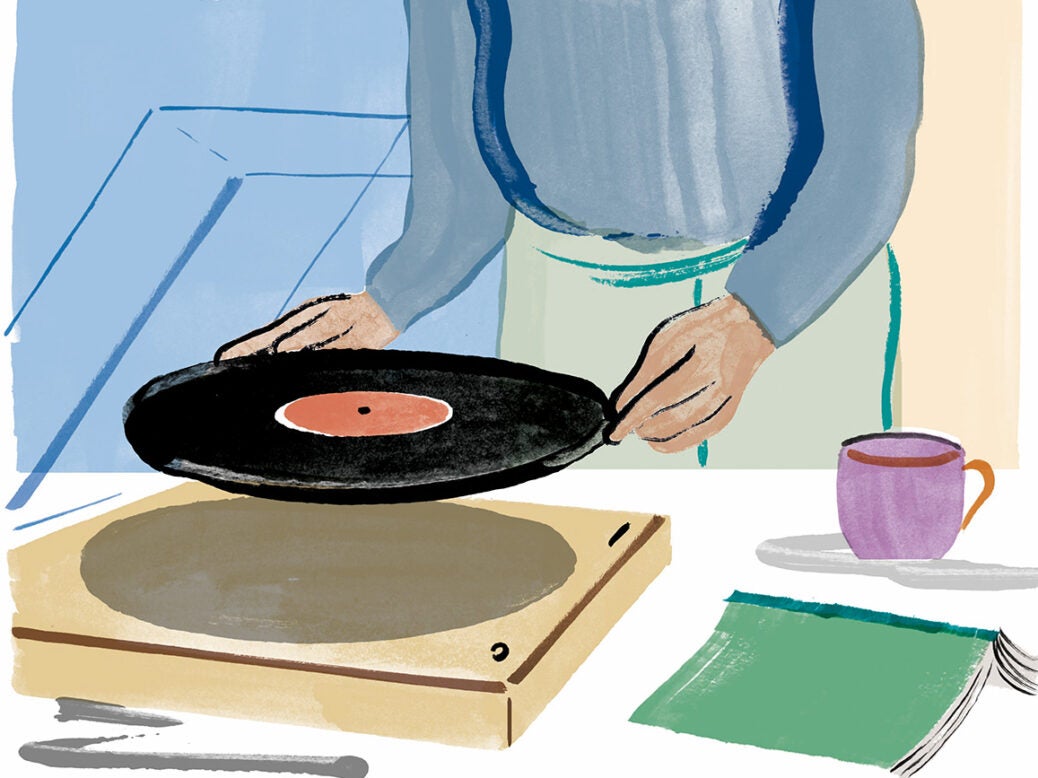 It’s Friday night and I’m watching a musical documentary; this time it’s under the volcano, which tells the story of the Air recording studio in Montserrat. It was built by George Martin and opened in 1979, offering “all the technical facilities of its London counterpart, but with the advantages of an exotic location”. This exotic location – a lush, mountainous Caribbean island blessed with sheltered coves and sandy beaches – seemed perfect for the luxury model that was to inform a certain mainstream of 80s pop music. Think Duran Duran on their yacht in the “Rio” video, and you get the picture.

The film however begins at the end of the story, with the place in ruins. Devastated by Hurricane Hugo in 1989 and major volcanic eruptions in the 90s, the studio closed and the abandoned buildings now lie derelict, with leaking roofs and damaged floors. At the mercy of the elements, they’ve taken on that weird quality of places that were once clean, dry and comfortable but where nature has now taken over.

I remember photos of the Bishops Avenue mansions in Hampstead, north London – nicknamed Billionaire’s Row – which have been neglected by their foreign owners. Empty houses have a strange, dark beauty. Grand staircases are covered in moss, centipedes grow between broken floor tiles, and dry fountains are golden with lichen. There are empty pools, crumbling ballrooms, rotting carpets and peeling paint; the avenue has been described as “one of the most expensive wastelands in the world”.

There’s something about ruins like this that makes me shiver. We are so fleeting, they remind us. Even our solid buildings are temporary; the opulence we surround ourselves with will not last. I think of Shelley’s poem “Ozymandias” and the horror of this creeping desert: “Around decay/Around this colossal wreck, boundless and bare/Lonely flat sands lay afar.” And, of course, his most famous phrase: “Look at my works, you mighty ones, and despair!” – which brings me back to the movie Air Montserrat. Take a good look at my works, I thought, as the story progressed, and I began to despair. For however tragic the fate of the place, perhaps a greater tragedy was that it never quite lived up to its promise.

There are music documentaries that you watch and think, I wish I was in that room. But not here. There was a curious sadness amid luxury, an absence of that ineffable ambiance that turns some recording studios into places of pilgrimage. The film seemed to show people who had a lot of money, but who weren’t necessarily at their creative peak.

It was like a demonstration of everything that was wrong with the 80s. An overemphasis on technical precision led the band members to record in separate spaces; an overabundance of money caused them to waste time, lose touch, and forget why they had formed a band in the first place. The best of the 70s was over, while the best of the 80s was happening elsewhere.

So yeah, Dire Straits recorded Brothers in arms, which, yes, sold out, but UK critics hated the album. Paul McCartney and Stevie Wonder suddenly appeared on screen, but – oh no – to record “Ebony and Ivory”; the Rolling Stones did “Steel Wheels” and Elton John did “Too Low for Zero,” and it was just kinda meh.

The film’s interviewees would have disputed all of that, of course, and were full of beautiful quotes such as “Music is the liquid architecture of emotions” (!) but the whole parade left me feeling emotionally flat. Apart from everything else, so few groups seemed to be having fun. Duran Duran felt detached from his natural urban environment, and the police hated each other, as Stewart Copeland says: “Here we were in this paradise, which we quickly turned into a living hell.

Well, maybe great records don’t come out of heaven. There is a thought.

[See also: At my son’s damp student house in Brighton, I’m reminded of the winter of discontent]