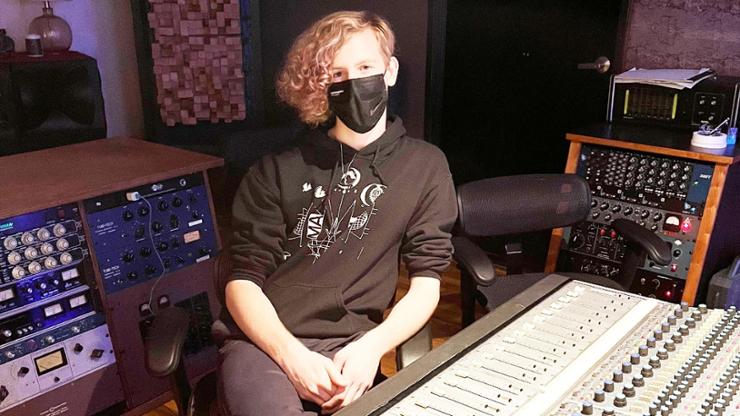 L.A. Recording Studio Internship Puts Arky ’25 in the Heart of the Action – News

By Bong G. Miller Last updated Jul 25, 2022
Share
Julian Arky ’25 has a passion for music. He started piano lessons at age 7 and guitar lessons at age 9. Towards the end of high school, he began writing his own songs in earnest, and for his senior project, he recorded and produced his first EP. But as he enters his second year at Hamilton, he has no plans to turn that passion into a college degree. Instead, he pursues music in another way, like his current internship at Kingsize sound labsa small recording studio in Los Angeles.

“I wanted to get some experience and see if that’s the kind of path I want to go down,” Arky said. “I feel like I would develop the skills better by having experience on the ground rather than through academics.”

Arky learns how studio recording works and the different equipment and processes involved. Some days he even helps set up recording and music equipment for clients. This work puts him at the heart of the action: surrounded by talented musicians and with a unique opportunity to listen to them play. As he works, he sees how small changes in mic placement alter the sound or how a certain effect can change the way sound travels through the console. It’s a creative process, he says, and it influences how he views his own music.

“I’m exposed to a lot of new stuff – music that I wouldn’t listen to on my own and a lot of gear that I didn’t even know about,” he said. “I think it definitely impacts how I want to write and the creative building process in general.”

When he’s not learning through his job, Arky learns from the people around him, all of whom are as interested in music as he is. One of his favorite parts was seeing the different paths taken by his colleagues. Many didn’t go to school for the music, and others didn’t realize until later in life that they wanted to be involved in the industry.

“It’s crazy to find people who are so knowledgeable and I can learn so much from,” Arky said. “And a lot of those people just started working in a studio and got better and better. I think that’s probably the most inspiring thing.

Arky looks forward to continuing to spend his summer immersed in the music and all the processes involved in its production.

New recording studio for Ratio:Production thanks to the music fund