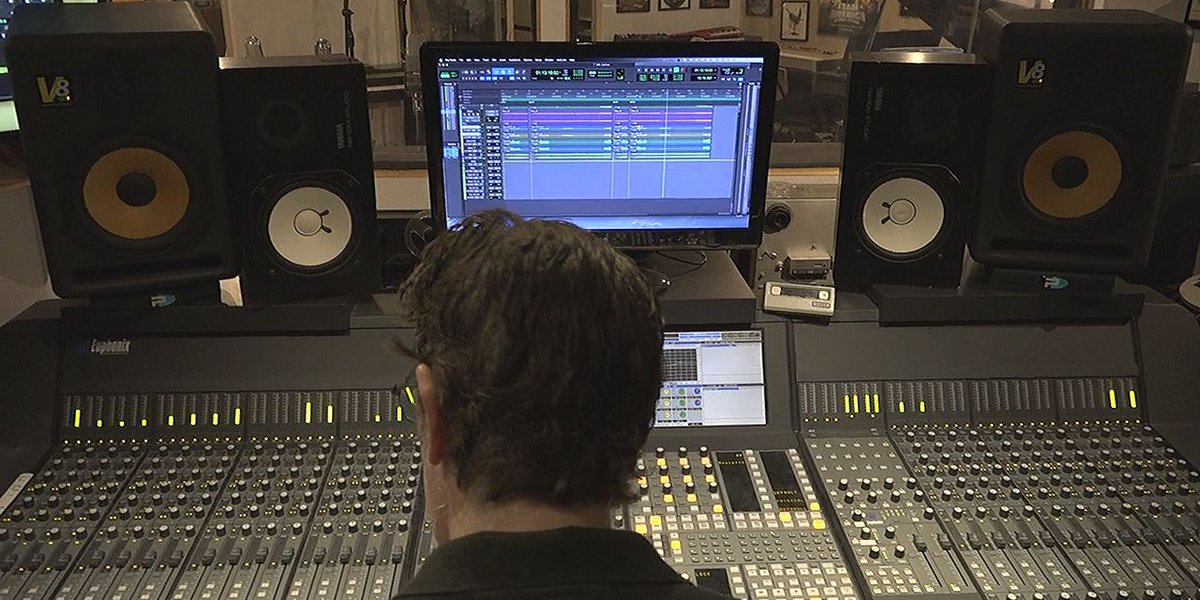 The studio has a collection of different instruments on site; most of them with a pretty impressive history. Which includes a piano used by both Ray Charles and Jerry Lee Lewis, and a keyboard used by Dr. Dre to record “The Chronic 2001” album.

“This (studio) was originally for local artists and still is,” Gordon explained. “Locally, over 300 albums have been produced here over the past 40 years.

Including some bigger names like Whitesnake, who recorded the remix for their “Greatest Hits” album at Sparks.

“Is now number one in Japan, we got the word yesterday,” Gordon said. “We had the Beach Boy band here and did some Beach Boys stuff.”

The studio has also been used to produce music and the score for several independent films.

“But the big feature we’ve done here is Role Models,” Gordon pointed out. “So the end credits music for Role Models was done here.”

Gordon was a musician himself, first coming to Imirage Sound Lab when he was in high school in the mid-80s to record with his band. He is now the man behind the music.

“The interaction with the artist, saying it was good, but. Let’s try again, I think you can do better,” Gordon explained. these people when I make a record with a local artist trying to raise the bar.”

All with the aim of making recording more accessible to emerging bands.

“You can see a movie many times, you’ll listen to a song 200 times, right,” Gordon added. “And it’ll be rooted in what you were doing at that time in your life, so it’s a memory trigger and it’s a time capsule of when the song came out. So it’s a huge figure of proving the importance of music and our culture.

Imirage Sound Lab is hosting a birthday party tonight from 5:30-9:30 p.m., which will include food trucks and a raffle.

“We’re setting it up kind of like the Discovery Museum of recording studios, where we’re going to have a keyboard station here, a wall of all our house amplifiers that people are going to be able to plug in. We’re going to have an organ expert Hammond who’s going to walk people through the Hammond organ that we have here. And then we’ll have one of our engineers in the control room demo it.”

Imirage Sound Lab is located at 1558 Linda Way in Sparks.

An honest approach to music – meet Peter Cat Recording Company, based in Goa