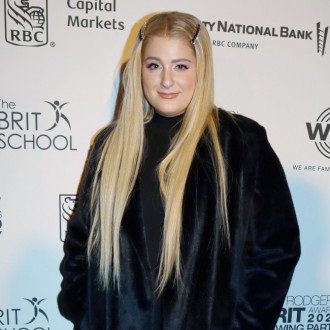 Meghan Trainor is “such a big fan” of “Candy Crush”.

The 28-year-old pop star loves playing the tile-matching video game when working in the studio and was inspired to work with the team behind the viral app – which has been downloaded three billion times since its release in 2012 – for her new clip “Made You Look”.

She said: “I’m such a huge fan of the game, I’ve been into it for years! I love playing when I have some free time in the studio so I was super excited to be able to work with the game. to release the “Made You Look” music video. When it came time to create the “Made You Look” music video, we wanted to incorporate bright, fun colors, so Candy Crush was my inspiration. discovered, we had the opportunity to give fans a preview of the music video exclusively in-game before it was streamed elsewhere for 24 hours, it was the perfect match!”

The ‘All About That Bass’ singer – who released her fifth studio album ‘Takin’ It Back’ on Friday (21.10.22) – added that she used “bright colors” in the music video in hopes to create a “fun, sweet escape” for her fans and teased that the new video even had a few “surprise cameos” from her fellow celebrities.

She told Hollywood Life: “I’m thrilled to bring Candy Crush Saga to life in the music video. We were inspired by the bright colors and fun of the game, so you’ll see candy, color bombs and more in The purpose of the music video was to create a fun and sweet escape for the fans with some really great performances.There are surprise celebrity cameos too, but you’ll have to listen to the music video on the Candy Crush Saga app to see who they are. are. “