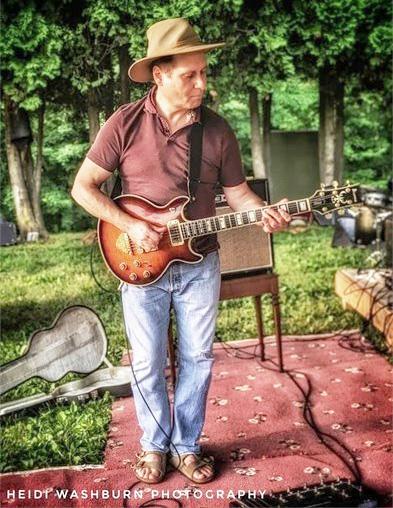 MIDDLETOWN – In what will be his 40th year of operating a recording studio in the town, Michael Arafeh, 58, has been chosen as the town’s 2022 Music Ambassador for his countless contributions to the music industry – both locally and beyond.

The coffee recording studio, founded and operated by Arafeh, has served local artists on lower Main Street since 1990. He admitted that even he was impressed with the studio’s longevity and success.

“It’s beyond me,” Arafeh said.

The studio has hosted musical artists of all genres over the years, including several of the city’s former Music Ambassadors. In April 2000, Lin-Manuel Miranda and an ensemble from Wesleyan University recorded the first performance of the eventual Tony Award-winning musical “In the Heights.”

“I cherish this memory,” Arafeh said.

Being able to work with artists from different genres has been one of the favorite aspects of her career.

Before opening his business, Arafeh built his own studio in the attic of his parents’ house on Bretton Road. From 1982 to 1988 he collaborated with artists in what was dubbed “The Egg Room”, as the walls were lined with egg cartons to improve sound quality.

“Turns out they don’t do anything for the sound,” Arafeh said. “But they look really cool.”

During this time, Arafeh attended the Center for Media Arts in Manhattan, where he was exposed to all aspects of the industry.

“It was kind of the center of music at the time,” Arafeh said.

He then began an internship at Trod Nossel Studios in Wallingford – one of the oldest recording studios in the country, where artists such as Fleetwood Mac, Mick Jagger and Michael Bolton recorded tracks. There, Arafeh helped produce hits from local and more distant artists.

For Arafeh, the recordings he has helped produce over the years are works of art that have the capacity to outlive him. “It’s like a time machine,” he said.

His work with local musicians continued in his role at WESU-FM, the Wesleyan University radio station. There he produced a live-air concert series titled “The Living Edge Show”.

“I met all these wonderful college rock and roll bands,” Arafeh said.

He also met and worked closely with multiple Grammy winner Pete Ganbarg. He is president of A&R for Atlantic Records.

That role, and his line of work in general, was to help each other. “For everyone I’ve worked with, it’s been a collaboration,” Arafeh said.

It was while hosting “The Living Edge Show” that Arafeh upgraded his home studio – from his parents’ attic to their basement. He also began operating a studio in a van for remote work and often heard some of his pieces on the radio while driving.

“I got aired pretty immediately,” Arafeh said. “It was a thrill.”

Arafeh hasn’t lost sight of how much his family has contributed to his career. “I’m so grateful to my parents,” he said.

Arafeh’s mother, Barbara, comes from a musical background herself. She graduated from the New England Conservatory of Music in Boston before teaching music nationwide, including at the Independent Day School in Middlefield. She also founded the Greater Middletown Concert Association.

She said it was clear from the start that her son would follow a similar path. “He’s a versatile musician,” Barbara Arafeh said. “You just couldn’t get her away from that.”

Michael Arafeh’s accomplishments and contributions were not overlooked by Mayor Ben Florsheim, who chose Arafeh as this year’s ambassador. A ceremony to mark the occasion was held on Tuesday.

“It’s been quite a trip; quite a trip,” Arafeh said. “Today’s ceremony is just a wonderful milestone.”

He added that the day is very special as his parents, both in their 90s, can celebrate the day with him. “More than anything, I’m happy today that they can enjoy it,” said Michael Arafeh.

“I’m really proud of him,” his mother added.

In addition to being honoured, the ambassador has his songs played on the “music on hold” of the city’s telephone system.

“The MCA and I look forward to hearing Michael’s music presented this year. My office often receives compliments and inquiries about the music on hold played on our phones, and I expect many wonderful compliments when callers enjoy its music,” Florsheim said.

Arafeh had fun browsing his work to choose the music on hold of the year. He opted for a piece created for an old STP motor oil commercial featuring racing car legend Richard Petty.

“It’s kind of muscle car music, so it should be fun,” Arafeh said.

As a music ambassador, he plans to do a bit more, including hosting events and workshops for young people in Middletown.