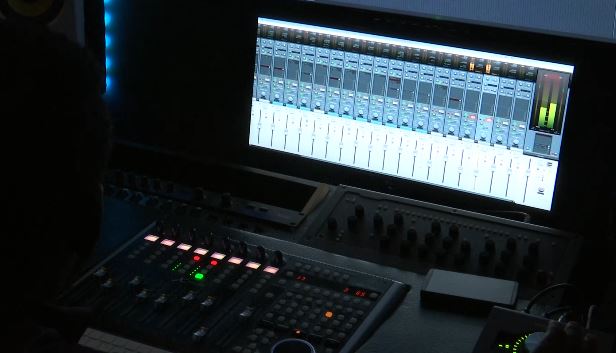 MYRTLE BEACH, SC (WBTW) — Music in Myrtle Beach is on the verge of a major breakthrough, says a local songwriter working with a brand new recording studio.

“We wanted to give the community something more than just a recording studio,” said Patrick Richardson. “We wanted to make sure you don’t have to travel out of town to Atlanta or Charlotte to access professional services.”

These services include everything from music recording, photography, videography, editing and more.

Darryl Cherry said he has clients representing all genres and wants to create a space that can help take Myrtle Beach musicians to the next level.

“Investing in people will pay more than investing in more money,” Cherry said. “And I’ve always felt that. So invest in the city of Myrtle Beach and its people, its arts scene, its music scene and its creative side.

A member of the Myrtle Beach music scene, songwriter Chris Muti, is already hard at work at Arcadia. He is working on a song called “At the End”, which will be the debut single from local band Pawgy and the We’Ah.

“The music that we produce, we try to tap into something that’s a bit old, a bit new but we call it a renaissance,” Muti explained.

Muti is originally from New Jersey and has lived in Myrtle Beach for about a year. He has been writing songs since his teens and is back in the studio after quitting music.

“I just felt like, man, if it’s not putting food on the table and if it’s not benefiting my family, then it’s not worth doing,” Muti said. “But I wanted to give music one last chance. And really pursuing my dream of writing songs and just sharing music with the world.

This is what he does, with his best friend, who is also a songwriter, at his side. Muti has high hopes for what’s to come for musicians along the Grand Strand.

“I feel like the music scene here in Myrtle Beach is getting ready to explode,” Muti said.

The piety of a recording studio is very important to me: Shashaa Tirupati