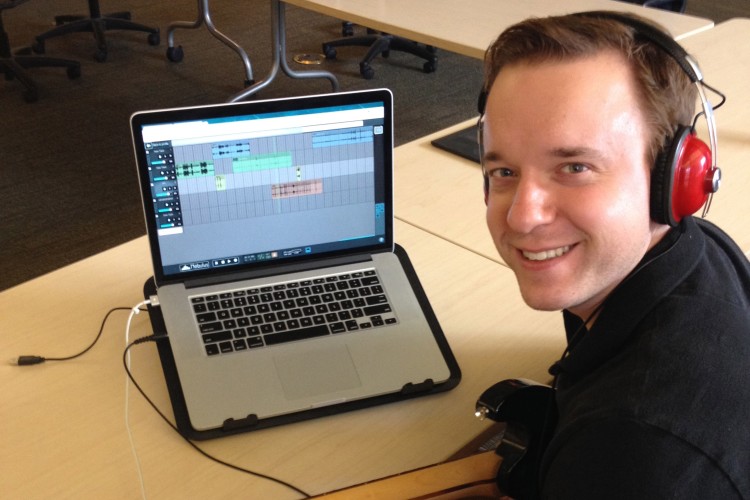 A guitarist strums alone. Across town, a drummer keeps the beat, while across the country, a singer sings. They are not solitary soloists. It’s a band, and it’s a recording session.

A new web application called Nebulus allows musicians to collaboratively record and mix their own tracks, all online, simultaneously, for free. “It’s never been done before,” says Robert Kotcher, co-founder and CEO of Nebulus Audio. Kotcher, a string player and computer science graduate student at Carnegie Mellon University, brought together four musician friends and founded the company in March 2014. With help from startup accelerator AlphaLab, they launched the app Nebulus cloud in late August.

Nebulus users upload audio files or record new ones through their computer’s microphone and overdub them with other artists. You don’t have a group? “We’re building a social platform to help musicians find other people to collaborate with,” says Kotcher.

“It could be a game-changer,” says Lance LaDuke, music business lecturer and special and creative projects coordinator at the CMU School of Music. During an early software demonstration, LaDuke saw that although Nebulus lacks some features of existing music software, it lowers the barrier to entry for new musicians. “I’m super excited about this for me,” says LaDuke, an accomplished brass player.

LaDuke judges a monthly Nebulus competition. Artists who produce the best 30-second songs with the app earn money: the more collaborators, the bigger the prize. “We want people to get excited about not just signing up, but also about their bands,” Kotcher says.

At a week old and with word-of-mouth advertising alone, Nebulus already has dozens of users. Although Nebulus can connect musicians from all over the world, Kotcher thinks it was born in the right place: “Pittsburgh has so many talented people in music and technology, we felt like we had a lot opportunities here.”

The Art of Noise: How Music Recording Has Changed Over the Decades | Vinyl

What is the main factor that determines the sound of your music: recording, mixing or mastering?