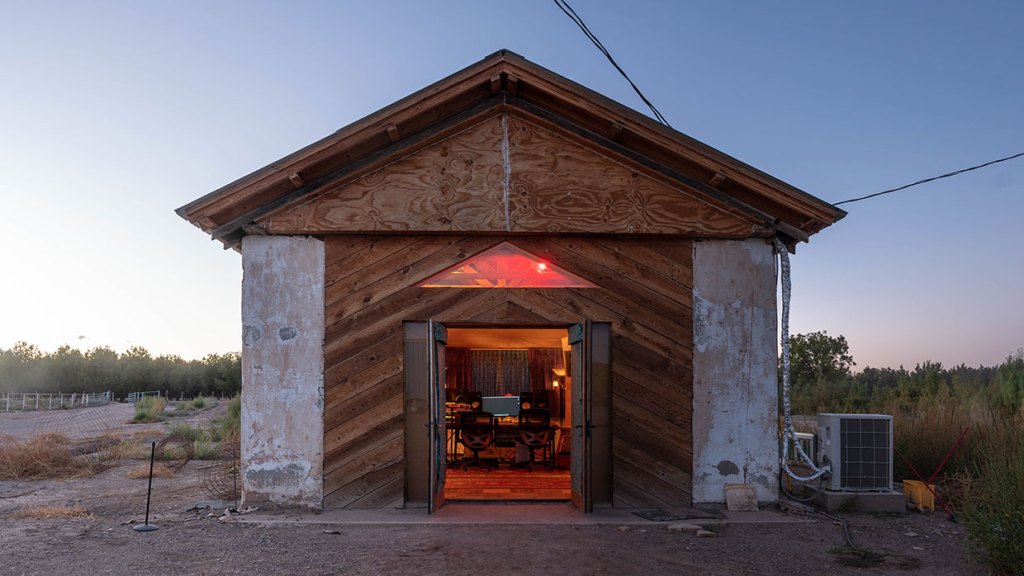 Everything is bigger in Texas, including the recording studios. The Sonic Ranch, a sprawling complex in little Tornillo, about 40 miles southeast of El Paso and a short drive from the US-Mexico border, claims to be the “largest residential recording studio in the world. “, with five studios and separate mixing and mastering. rooms, approximately 35 rooms in several different structures, a swimming pool and basketball court, all contained within a 3,300-acre pecan orchard that founder and owner Tony Rancich inherited decades ago. Lush and green under the widest, bluest skies in Texas, Sonic Ranch has served as a respite from the fast-paced hubs of the music industry for artists ranging from Jenny Lewis to Portugal. The Man to Midland, who named his 2021 album for the location.

It’s not just the wide open spaces and decadently decorated studios that make Sonic Ranch creatively fruitful, however, according to artists who have worked there: Because there is so much studio space, different artists there will often stay and record there at the same time. time. “It’s a bit like band camp,” quips singer-songwriter Rett Madison, who was recording at Studio A for Billboard‘s Zoom site visit. “It feels like a really magical, peaceful place to be able to be really honest and raw and vulnerable and connect with other musicians.”

1. Studio A: The property’s first studio comprises five separate spaces. Artists enter through the spacious Top Room, which features a 1927 Steinway piano as well as numerous original lithographs by artists such as Joan Miró and Marc Chagall, then proceed to the control room and the knotty alder main room designed by the famous acoustic Vincent van Haaff. . “Everyone talks about the smell of wood every time they walk in for the first time because it’s so amazing,” says studio intern Natalia Chernitsky. Its back room, which was once a chinchilla farm, is partially underground, which Rancich says further improves the acoustics.

2. The Hacienda: Built in the 1930s by Rancich’s grandfather, the 12-room Spanish Revival mansion is adorned with antiques and original artwork, plus all the amenities one would expect of a hotel well adjusted. On-site chefs prepare food in one of two communal dining kitchens, and the adjoining mixing and mastering rooms are equipped for intense editing and impulsive recording sessions.

3. Neve Studio: The second studio built on the property, the Neve was also Sonic Ranch’s largest venue until recently, with a chapel-like main tracking room that Koe Wetzel, Lil Yachty and Arcade Fire have recently used. Completed in 2005, the studio is named after its console: a vintage 80-channel Neve, part of which formed the console at Motown’s West Coast studio and changed hands by Madonna and X Japan’s Yoshiki Hayashi before landing at Sonic Ranch.

It is the jewel in the crown of Rancich’s vast collection of musical instruments and recording equipment, most of which have equally notable provenance and all of which are available to visiting artists. A bass The Byrds used to record “Eight Miles High” sits in a studio, and Rancich has 100 guitars and basses all stored on their own labeled shelves. “It makes a huge difference to get instruments that are truly one in a thousand,” he says.

4. Big Blue: Bit by bit, Rancich has expanded Sonic Ranch over the years, and the newest addition is one of the most ambitious to date. After driving on a bumpy dirt road through rows of pecan trees (there’s also a smoother, quicker freeway route for those in a hurry), visitors arrive at another cluster of studios and accommodations that includes Big Blue , which was completed in April 2021 and is the property’s largest studio to date. “I knew it would merge and take things to another level,” Rancich says. “We hadn’t had a room of this size – it’s actually similar in size to the small Abbey Road studio.” The expansion isn’t complete yet, however; Rancich builds an elaborate workout room for his guests, adorned with the same imported fabrics that have become the studio’s signature.

5. Adobe Bungalow: “At the end of the night, that’s where the magic is,” Rancich says of the one-room studio. “People gravitate here because of its vibe.” The century-old adobe building that was once a blacksmith shop is now a cozy studio with views of the rolling hills of Trans-Pecos. “It’s like mixing two realities,” adds Chernitsky. “You walk in and have the best and most advanced equipment, but it’s totally isolated from the chaos of the world right now.”

6. The García House: For artists looking for more seclusion, there’s a collection of housing options (and this basketball court) around a more secluded set of studios. Almost any type of accommodation is possible: when Fiona Apple came to record parts of her 2020 album, Collect the bolt cuttersGarcia House added a fence so her dog could be nearby without the risk of getting lost on the sprawling property.