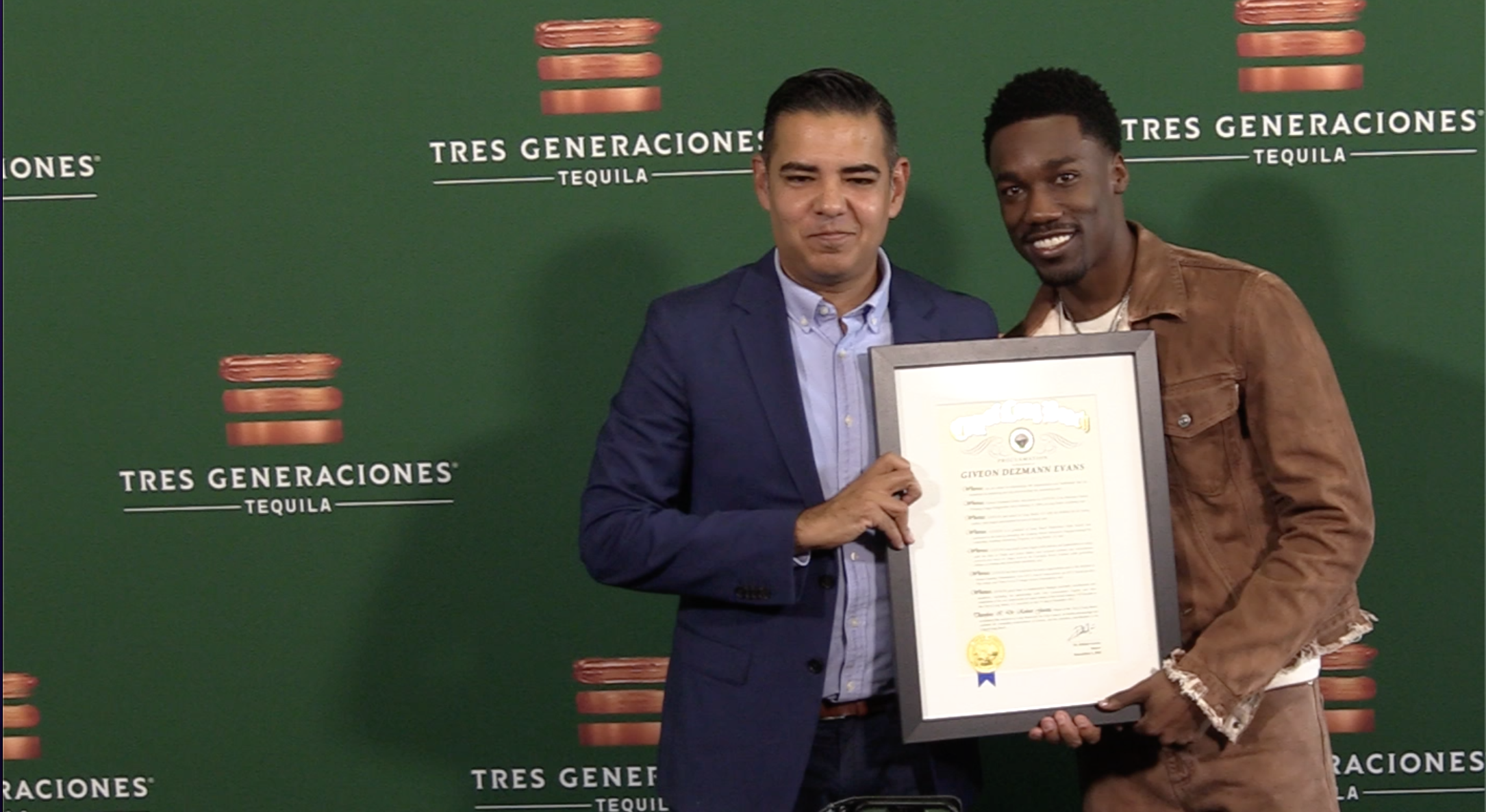 Recording artist GIVĒON recently unveiled a new recording studio at VIP Records in Central Long Beach, which he hopes will inspire the next generation of young artists.

VIP owner Kelvin Anderson said he was overwhelmed and surprised by the generosity of GIVĒON and the tequila company, which sponsors GIVĒON.

“I had just talked to a few people from GIVĒON about my plans for the building, and they were like, ‘Oh, let’s make this happen,'” Anderson said.

Anderson says details on how artists can book studio time will be available soon on their social media pages. He even hinted at wanting to cast new artists in the business, which he used to do under a label called At Last VIP Entertainment.

VIP, in fact, was where artists like Warren G, Snoop Dogg and the late Nate Dogg made their mark in a makeshift studio in the back of the record store. Anderson said he originally opened this studio to provide kids with an alternative to gang life.

GIVĒON said that VIP records played a vital role in his musical career. He also understands the importance of independent local music stores and says vinyl and CDs are part of music history and the only way we touch music.

He also says he will always be grounded in Long Beach.

“Community is the thing,” said GIVĒON. “I have to make sure I always come back to Long Beach.”

He says he wants to give Long Beach another sound outside of Hip-Hop and wants to encourage other artists to do the same. He hopes the VIP Studio will be helpful in this regard.

To find out when you can book studio time in the new VIP Recording Studio, follow VIP Records on Instagram here.