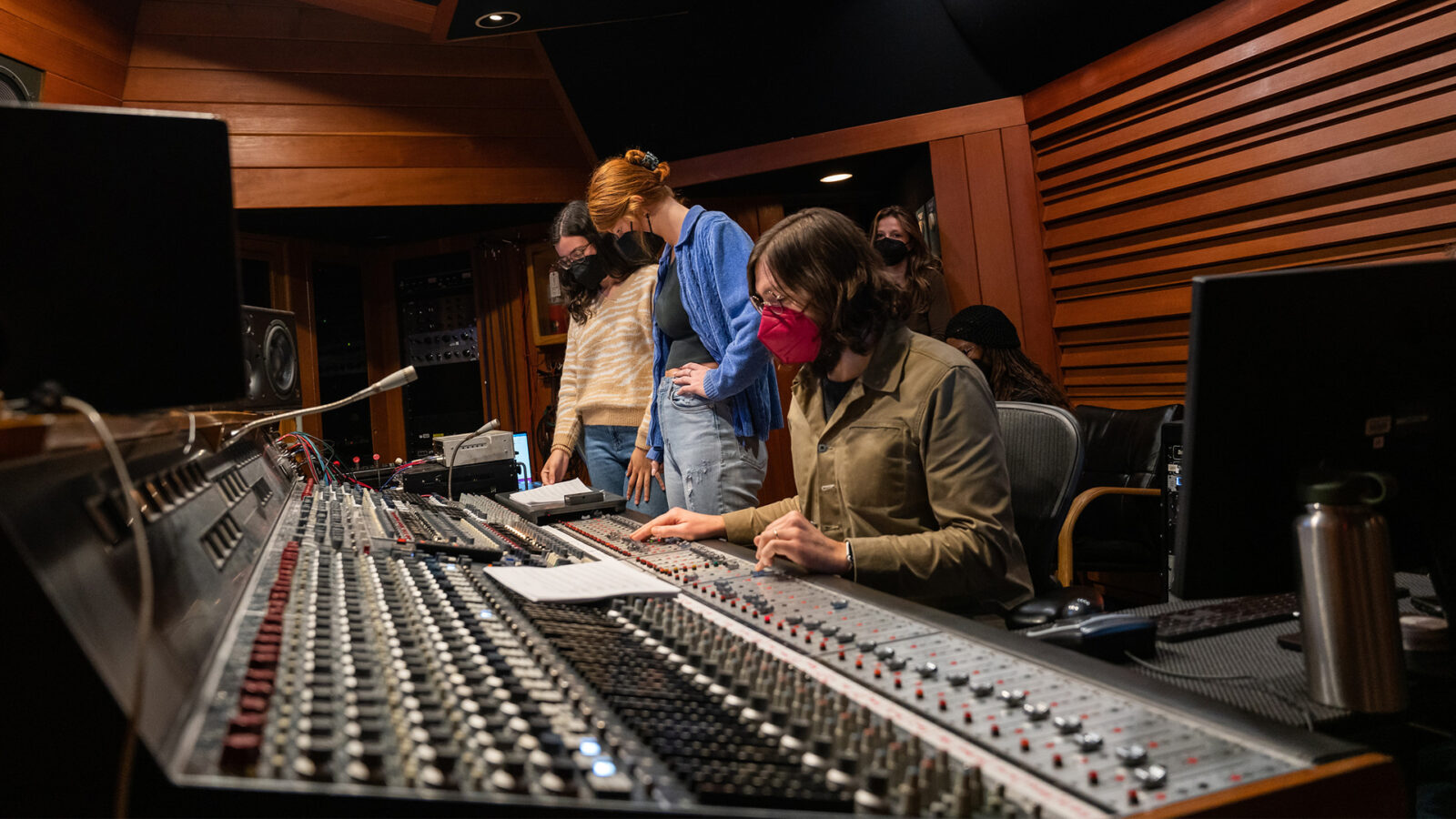 When Thornton, the eldest David McInnes, walked into Village Studios, West Los Angeles’ legendary recording studio formerly known as The Village Recorder, he saw walls lined with records from renowned musicians. . He realized he was moments away from recording and producing at the same studios where artists like Lady Gaga, Janet Jackson and Fleetwood Mac created seminal works.

“The opportunity to work in a legendary and fabulous studio with some of the finest musicians of our time is a shining example of how USC Thornton has curated such a great space for developing musicians,” McInnes said.

McInnes and his classmates visited the studios this spring as part of their third-grade popular music class. Teachers like Patrice Rushen, Paul Jackson, Jr., and Tim Kobza guided students through the production and playback of recordings, songs that students performed live during the third year of the Popular Music Showcase at the Carson Center from USC in April.

“The focus is on how best to use the studio environment: learning to use headphones, focusing on click-playing, suggesting parts if written parts don’t exist, interpreting parts written, critical listening in terms of programming and tones, and consistency of sound production,” she says.

Maria McMillan, a rising elder in the Thornton Popular Music program, walked into the studio with a demo and got to see her musical vision realized with the help of her classmates, for whom she provided keyboard tracks.

“I came with an idea of ​​what I wanted the song to sound like and made sure to schedule time for the magic to happen and for the musicians to add their own touches,” she says. “As a session musician I learned what was helpful, so when I was a producer I implemented those same things to make the process easier for the musicians I worked with. And vice versa – when I was session musician, I was trying to help the producer achieve his vision.

For McInnes, learning in a fast-paced professional environment has been a challenging and rewarding experience as he looks forward to a career in the music industry.

“The best part of this experience is getting to work on the fly. You have 30 minutes to get a professional recording of a song. It tests your ability to decipher and adapt to a real situation where you’re playing something for the first time,” he says. “It’s a lot of adapting on your feet, which is definitely going to come in handy in the industry.”

Rushen says the skills her students learned on the tours range from reading skills to critical listening, teamwork and immediate problem solving.

“Students will know how to be effective and will be able to use the skills they learned in school to get things done professionally,” she says. “They will learn that their job is to serve the music first and foremost, whether that song is theirs or whether they are in the role of a producer, who is responsible for bringing the vision, or in the role of a studio musician. , who has to internalize someone else’s music and make it happen.

McMillan credits the decades of shared expertise among faculty members in the Popular Music program for providing both guidance and the freedom to him and his classmates to creatively explore musical ideas in studio.

“Patrice and Paul give us so much wisdom. They’ve been there before, since they’ve played with everyone, so it feels like knowledge by absorption,” she says. “In the studios, they would sit down and let us take the driver’s seat, but give us advice and support when we needed it.”

Rushen, who released seven studio albums in eight years in the 1970s and 1980s, says that when it comes to mastering the recording studio, experience is the best teacher.

“It’s a unique opportunity because some of our faculty have done this kind of work and bring things to it that you don’t find in a textbook,” she says. “That experience is driven by people who have seen it done well and badly and have the experience of having to put things together to make hit records and movie shows and all the things that happen in a studio environment.”