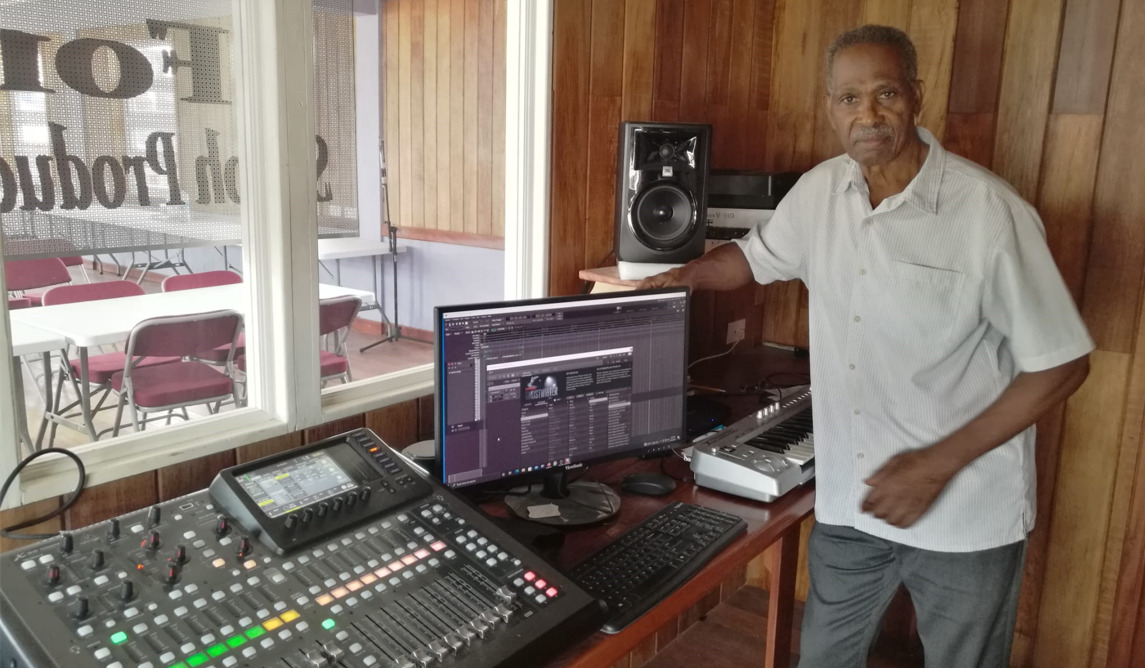 Founder and CEO of Nature Island Foundation for Shiloh Productions, Ken Robinson, encourages potential gospel artists to register with his recording studio for free for the opportunity to create their own songs.

Robinson took the decision to re-open a recording studio stating that it has been provided with the appropriate assets for the operation, as evidenced by the elegant quality of the studio premises and recording equipment, which have been installed this year.

“The grace of God has prepared me with the knowledge acquired in the studio between 1984 and 2005 and has now placed me in a unique position to carry out this task by giving me access to funding… At this time, we encourage potential recording artists register with the Nature Island Foundation family for Shiloh Productions, to gain access to recording at no cost to them,” he said in a press release.

The CEO said he recognizes the need to transfer the blessing to others who can benefit by recording their music to be played on Dominica and world radio stations so that others can be blessed from the point of view. of singing and hearing the gospel. songs that impact biblical truths and understanding.

Additionally, Robinson said, Dominica needs its citizens to engage in prayer rather than slander and slander, and that getting to know God would be a good thing.

“Gospel music is the most profound in its way of attracting the attention of the capricious to start a new type of life. Some very resourceful people have agreed to give their time to support me in this enormous task which will include competitions of gospel singing and gospel performances,” Robinson remarked.

He said his foundation was started to fulfill the dreams of a multitude of gospel singers and gospel groups in Dominica and that the organization will absorb all the costs of producing and broadcasting the recordings.

Their studio is located at 76. King George the Fifth Street on the Robinson’s Bakery floor.

Those interested can pick up their registration forms at the New Age Photo Studio in the same building.

The foundation can be contacted at 448-6677 or by email at [email protected]mail.com.