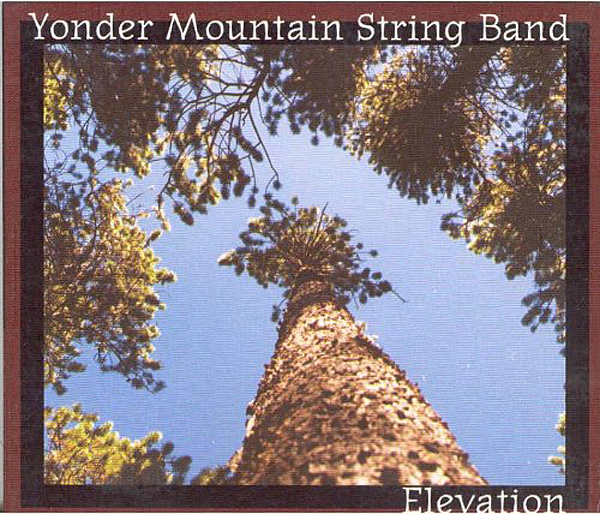 By Bong G. Miller Last updated Jan 17, 2022
Share
Next to Christmas carols, Sousa marches and the collected works of Bobby “Boris” Pickett, there’s no more seasonal music than bluegrass, which comes to life at the thirty or so major outdoor festivals and dozens of smaller events that take place each summer throughout the United States. As I write this, the day after Thanksgiving, the 2019 bluegrass season is just a memory, and the 2020 season is over six months away.

So I’m thrilled to have a bluegrass reissue to recommend this month: the 20th anniversary LP release of the Yonder Mountain String Band’s debut album, Elevation (2LPs, Frog Pad Records, no catalog number). Recorded when the band members were in their twenties and produced by Dobro ace Sally Van Meter, who also plays on the “40 Miles from Denver” album. Elevation is an auspicious beginning: four very talented pickers who brought their own brand of songwriting to the genre, with unusual chord sequences and engaging lyrics that went far beyond the norm “My little darling brings me corn in a pot” . The recording quality on the new LP version of Elevation is very good, if it lacks the last word in high-end extension, and the pressing is clean and noiseless. This is a great starting point for listeners who are new to the group.

The years between the original release of Elevation and this reissue ended in tragedies. The recording was made at Rancho DeVille, the studio founded by beloved Hot Rize guitarist Charles Sawtelle, who died of leukemia just months before the band began recording. And shortly before this reissue, founding mandolinist of YMSB, Jeff Austin, died at the age of 45. But the band lives on, now with incredible violinist/vocalist Allie Kral (Green Mountain Grass) as a permanent member.

The Electric Recording Company’s first release, which went on sale in late 2012, was a reissue of the extremely rare seven-LP monaural set Mozart in Paris (Pathé Marconi DTX 191??197), cut from the original master tapes with an all-tube remaster chain including a rebuilt mono cut head. Not content with offering such a painstakingly remastered set in sloppy packaging, ERC founder Pete Hutchison spent months recreating the original release’s box and booklet, an effort that included haunting Savile Row. for the precisely correct silk twist (the Gloucester Tailor kind, not the Chubby Checker kind).

ERC’s latest reissue posed a similar challenge: it is a recording of Bach’s six Violin and Keyboard Sonatas, played by violinist Michèle Auclair, accompanied by Marie-Claire Alain on the organ, rather than the much more common harpsichord or piano (Les Discophiles Français, DF 209??210). The original 1957 release of this two-LP mono set was packaged in a dark red cloth-bound gatefold sleeve, with gold lettering on the outside. Hutchison sourced the perfectly correct fabric from a bookbinder in Italy, and all 99 copies of this limited-edition reissue are hand-assembled in London. The price is high at £900, but as can be seen on popsike.com and other similar sites for record collectors, original copies, on the rare occasions when they become available, sell for significantly more.

Auclair and Alain’s Bach is intense and deliberate, with a sound to match. When I first played this beautifully packaged set, I had the impression that the recording, which I had never heard before, sounded like the famous (and reputedly melancholy) recordings of Bach’s Sonatas and Partitas. made in the 1950s by Johanna Martzy: a violin sound with exceptional body and a dramatically faithful (but not antiseptic) representation of the player’s considerable technique. (Just listen to how Auclair weaves his attacking notes into the largo of Sonata No. 5 in F minor: the effect is almost chilling? At least it would be if the music weren’t so inspiring.) Alain’s understated approach to the obbligato organ, captured with thick tonal color and extraordinary texture, as in the harmonization used in the adagio of Sonata No. 3 in E major.

Also captured in the grooves is a room sound that, for reasons I can’t describe, contributes to the emotional weight of the music, especially when listening late at night. The information in the groove is physical, colorful, musically compelling and utterly hypnotic; the spaces between the notes and all the entry and exit grooves are deadly silent.

This is perhaps the finest record in the ERC, and that’s saying something.

The final selection on Sam Rivers Outlines (Blue Note ST-84206), which was reissued not long ago as part of Blue Note’s Tone Poet series, is called “Mellifluous Cacophony”, and I can’t think of a better description of the sound produced by the quintet that made it: Rivers on flute and tenor and soprano saxes; Freddie Hubbard on trumpet; Herbie Hancock on piano; Ron Carter on bass; and Joe Chambers on drums. 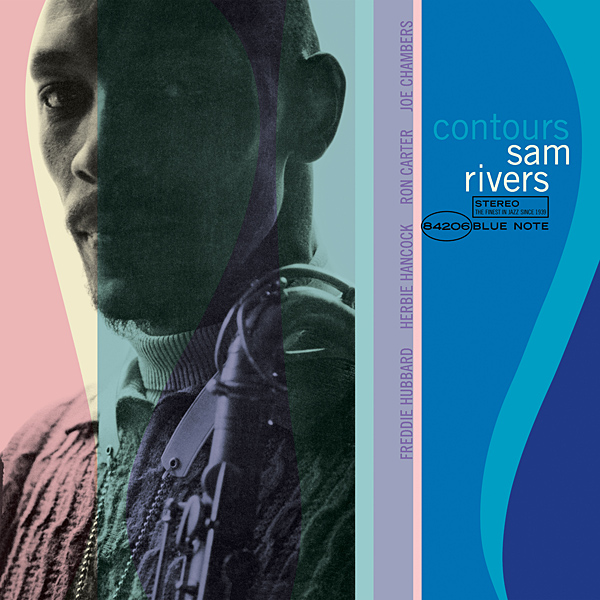 The music is sometimes difficult, it is not the sound wallpaper, but always exciting at the edge of your seat. And in this expert remaster, the grooves are so quiet that the opening numbers on both sides rarely fail to surprise me, and the recording quality is exceptional. Rivers’ soprano sax solo in “Point of Many Returns,” with its double-harmonic colors, sounds and feels like you’re in the room. Likewise, Ron Carter’s colourful/physical accompaniment to Freddie Hubbard’s extended trumpet solo in “Dance of the Tripedal”. And the sheer beauty of the sound of Herbie Hancock’s piano chords challenges the accepted wisdom that engineer Rudy Van Gelder tended to bypass this instrument. As a bonus?? as with all reissues of the Tone Poet series??Outlines comes packaged in a gatefold sleeve, illustrated with studio photos of the five musicians, most of whom look as incredibly young as this music sounds.

One final recommendation for this month: when deciding what music I’d like to hear any moment now, I rarely choose recordings for their ability to let my hi-fi sound their best. But if I had to, and in deference to the ability of my high-output, tube-and-horn-enhanced system to produce physical sound when needed, I would choose without hesitation the recent reissue, of Speakers Corner, of The Max Roach trio with the legendary Hasaan (Atlantic/Speakers Corner 1435). This collection of 1964 compositions by Hasaan Ibn Ali, an unparalleled adventurous pianist whose only commercial recordings are contained in these grooves, was recorded by Tom Dowd with a remarkably lively sound and without the sharp treble that spoils some of the work. of this engineer. Roach’s drumming was captured with incredible impact, and when the trio hit their stride, like in the album opener “Three-Four vs. Six-Eight Four-Four Ways,” the music and sound are unavoidable. The all-analog remastering and silent pressing live up to Speakers Corner’s usual high standards. You need this disc!