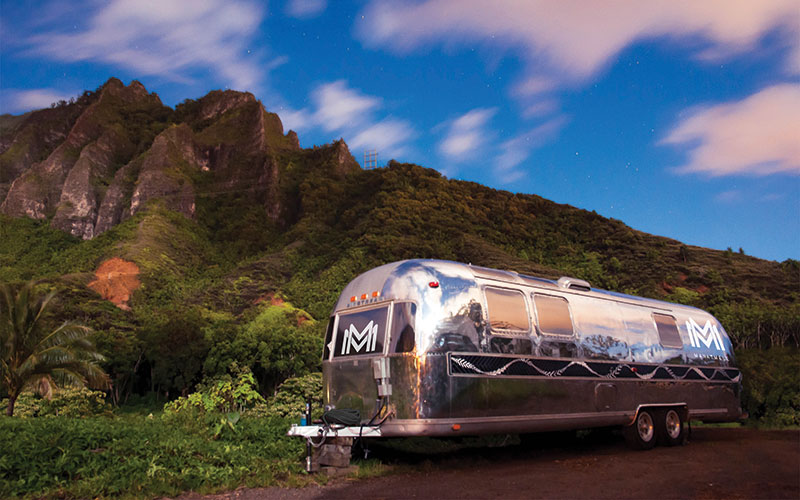 Eearlier this year, a Hawaiian music video has gone viral on YouTube: a rendition of “Hawai’i Aloha” performed by dozens of notable local artists, including Cyril Pahinui, Ledward Ka’apana, Paula Fuga, Imua Garza and Kimie Miner, and more 1,000 students from 10 Hawaiian charter schools. The video struck a real chord with people in Hawaii and around the world, racking up over 1.5 million views and counting.

It was about the creation of a local non-profit organization called Mana Mele, which aims to educate local students to work in the music industry, using the first solar-powered mobile recording studio in world and a complete program of multimedia and music.

The project was launched in 2013 with federal grants, and Mana Mele added funds with community support. A Kickstarter campaign in April raised more than $26,000 from 263 backers. So far, the project has served more than 1,300 students through school visits, mentorships, mobile studio tours, and year-long classes at more than a dozen charter schools based on culture across the islands.

Hawaiian music professionals have also mobilized. Over 200 musicians, engineers, videographers and others have contributed so far.

“Based on the feedback we’ve received, we expect the number of students and schools we serve to continue to grow,” says Keola Nakanishi, director of Mana Maoli, the nonprofit who founded the public charter school Hālau Kū Māna, which focuses on travel and music and the Mana Mele project. He says students in the program have not only grown creatively, but are also doing better in school, a win for his vision of “fostering lifelong learners who think, feel and do.” in a pono way”.

If the students who participate in Mana Mele don’t end up getting into the recording industry, that’s okay. “We don’t want to limit or catalog them,” says Nakanishi. “Mana Mele aims to empower them to tell their story, from home. In this process, the knowledge, skills and values ​​acquired are applicable to any career path they choose.