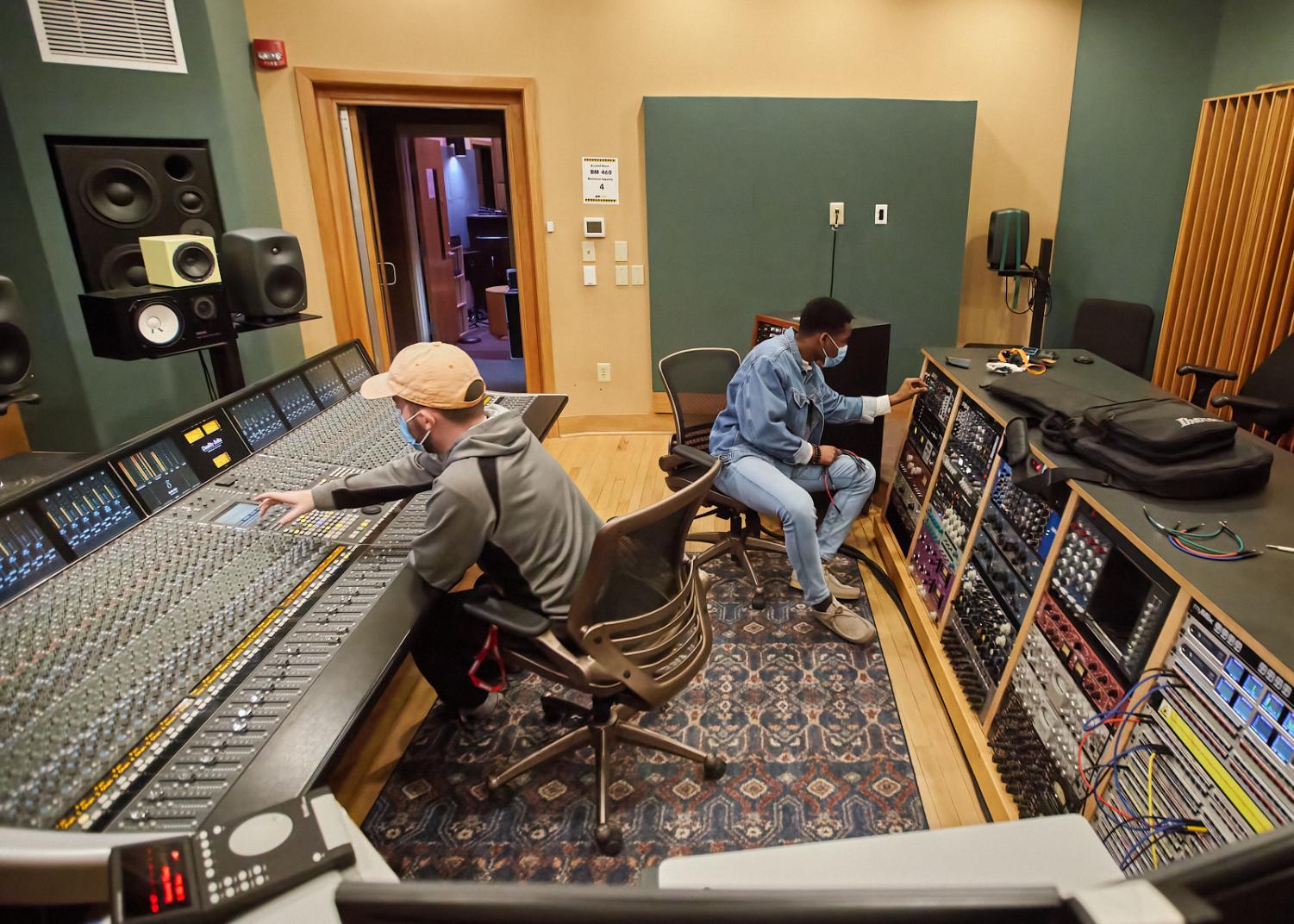 Student Musicians Use the On-Campus Recording Studio – The Appalachian

Instead of sitting in lecture halls, many of App State’s music production students can be found in the Robert F. Gilley Recording Studio, producing and editing music tracks with state-of-the-art recording software, playing a variety musical instruments or sing into professional microphones.

Part of the Hayes School of Music, the RFG Recording Studio is worth millions of dollars recording studio at the service of students and local artists who take advantage of the studio’s facilities.

“All the gear we have is spectacular,” said Jake Kremer, App State student and studio manager for RFG Recording Studio. “We probably have the most equipment of any public university in North Carolina.”

“The facilities are like a mirror copy of what you see in the professional field. They are very applicable,” Oxendine-Parr said. “The studio is like a hidden gem.”

Typically, the studio recording process begins with establishing basic music tracks and then creating a demo. Once this demo is created, the artists are inspired by it to work on creating a song that they are satisfied with.

It takes about a month to record a song and send the final version. However, the process takes much longer for commercial artists, Oxendine-Parr said.

“Each engineer has their own flow,” Oxendine-Parr said.

App State student and musician Dylan Innes took advantage of the on-campus studio to record his album“Taste The Tide” and its latest single, “Little Blue House”, which was released on December 10.

“I love working in the studio. The only downside is the booking time as there are so many students checking in that space is very limited. Innes wrote in an email.

In addition to individual artists frequently using the studio and its equipment, North Carolina-based bands, such as Juniper Avenue and Sideponyalso visit RFG to record some of their musical material.

“I like working with groups. Everyone has a stake in it, and it’s a different kind of energy,” Oxendine-Parr said. “There’s a camaraderie in that.”

Kremer and Oxendine-Parr said studio equipment isn’t the easiest to use, but with a little practice it can get used to. There are many types of technology available to students and studio staff, including a soundboard priced at over $200,000.

RFG’s technology is designed to be more challenging but “in a good way” because it helps students learn and gain more experience with different types of technology, Oxendine-Parr said.

“This is by far the best recording studio of any public university in North Carolina,” Innes wrote.

Kremer, Oxendine-Parr and Innes view the studio very positively and have said that others, given the opportunity, should also take advantage and get involved.

“People should work with the RFG,” Kremer said. “It’s good to get involved internally with App State.”