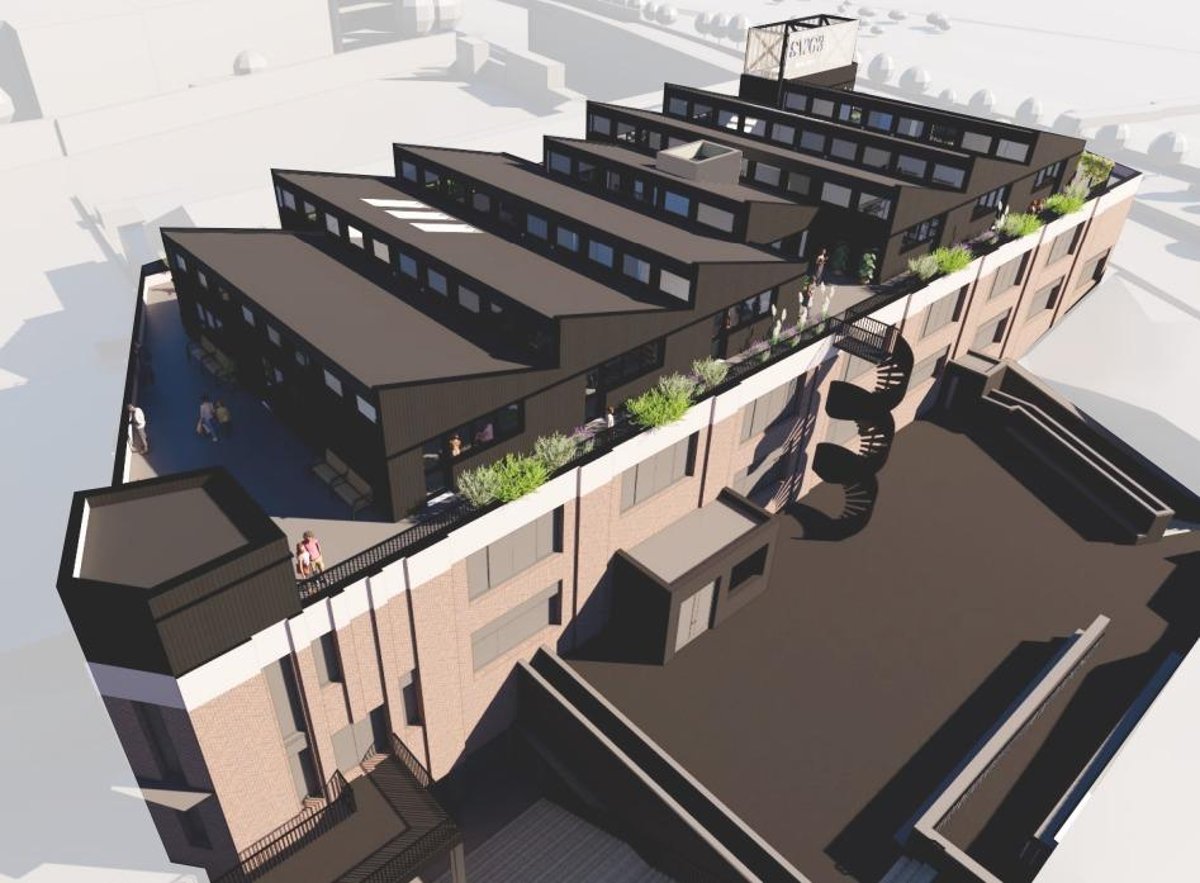 Glasgow arts and entertainment venue SWG3 plans to create ‘rooftop workspace studios’ above the venue, after dropping plans for a restaurant.

Permission had already been granted for a rooftop restaurant at 100 Eastvale Place, but the company has now asked the council to change the plans. They want to offer a “variety of studios, social spaces and amenity spaces of varying sizes in a rooftop extension”. These would “respond to growing interest in being part of SWG3’s single campus ‘family’,” the request states.

The project is part of an ongoing investment program that was triggered by SWG3’s purchase of land surrounding the existing complex. SWG3 hosts a range of indoor and outdoor music and arts events as well as cultural and political gatherings, such as the New York Times Climate Hub during COP26.

The plans put forward by SWG3 say: “The aim of the proposals is to complement and improve the existing offer of SWG3, with particular emphasis on promoting SWG3 as a day destination with the provision of accommodation in a quality studio and an open space”.

Plans submitted to council claim the venue is “an integral part of the growing commercial and creative community of Eastvale Place, which contributes to the wider regeneration of Yorkhill and Finnieston”.

The plans also state: “Alongside their economic contribution to the city, SWG3 play an important role in supporting the creative industries sector and SWG3 is a vital part of Scotland’s arts and music industry ecosystem; a place where artists perform and talent thrives.

The extension would include 14 individual studios of various sizes, a shared meeting room, a common relaxation area and a shared kitchen area. There would be an exterior walkway with “panoramic views of Glasgow and the Clyde” and new stairs, connecting the studios to a recently completed garden terrace.

The designs show a “serrated roof” which is meant to evoke “the industrial past from which the entire SWG3 campus was born.” SWG3 wants to promote the ethos of the “circular economy”, which encourages reuse, repair and recycling.

The plans continue: “The master plan aims to create a ‘campus’ community, where the various interventions interact with each other”, adds the application.

“This approach is something they hope to develop further with occupants likely to use the different spaces, in line with their circular economy goals. The proposed rooftop studios hope to promote the circular economy within the SWG3 campus, hoping to provide studio space for new start-ups or current occupants looking to expand.

“The studio nature of the spaces would seek to encourage different companies and individuals to exchange knowledge and ideas, creating a circular method for business development.”

There would also be an environmental aspect, with potential rainwater harvesting to water the gardens and photovoltaic panels to generate electricity for the campus.

Inside the recording studio with the cast of ALMOST FAMOUS