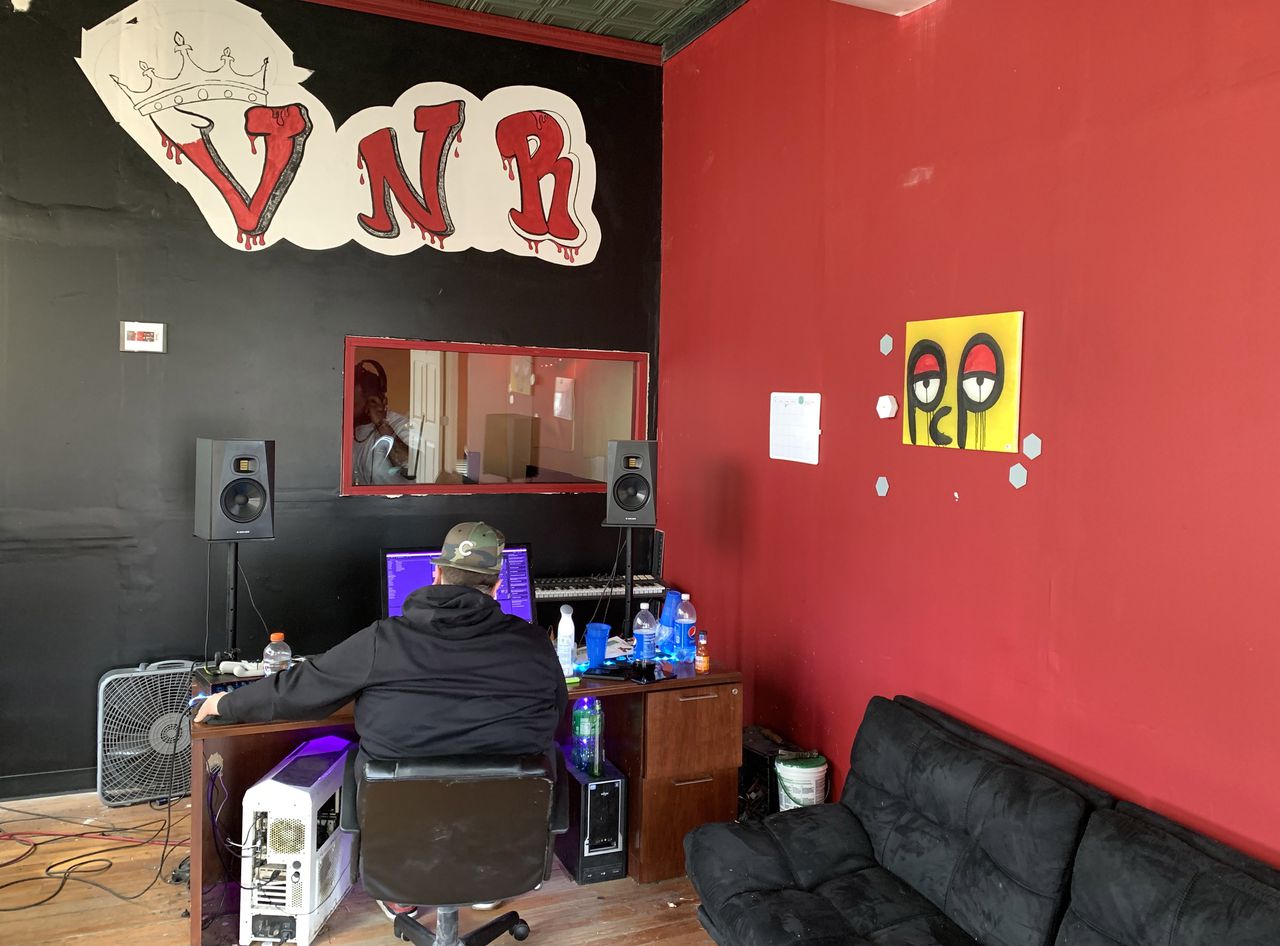 Syracuse music label started from the bottom, now has a recording studio

A new recording studio is officially open in downtown Syracuse.

Venom Nation Records owner and CEO MarsaQuaon Thomas has started from the bottom, striving to promote local hip-hop artists outside of his home for the past six years. In March, he expanded the music label’s footprint by opening 21 studios on the third floor of the building at 800 N. Salina Street, a stone’s throw from where he grew up.

21 Studios is a recording studio specializing in sound recording, engineering, and production for Venom Nation artists, but is also open to the public for anyone interested in renting studio time. Thomas, 28, said he first acquired the space about a year ago but getting it ready has been a hassle, both physically and financially, due to the Covid pandemic.

He suffered another setback earlier this month when he was told he could not use the space for events, such as artist showcases, despite having enough room to accommodate up to 300 people. Thomas said the nearby Church of the Assumption complained after three local artists performed live at 21 studios as part of a paid audition for New York-based The Lox member Styles P. who has collaborated with major artists like Diddy (Puff Daddy), Jennifer Lopez and Akon.

Brother Rick Riccioli told syracuse.com that the church, through his attorney, objected to “a very loud event” between 2 and 4 a.m. that included about 100 guests.

“The church and the brethren ask the recording studio to act as good neighbors, with any musical event to comply with city codes and use restrictions for this property,” the pastor said.

Thomas, also known as V-Lot, still remains optimistic about building a home for musical artists and creating jobs in the Syracuse community.

“The goal is to focus on more than hip-hop, to reach multiple genres,” he said in an interview with syracuse.com | The Post Standard. “The goal is to become the biggest label here in Syracuse.”

“We’ve been building this since we were little,” said Kelz ShowOut, whose real name is Mikel Thomas – MarsaQuaon’s brother. “We’ve both been so into music. We started from projects and now we have a building.

Mikel said he focused on “pain music”, calling the new studio a great place to let off steam and “let my problems out” productively.

NFM Breeze, a Corcoran High School alumnus whose real name is Tayon Williams, said the studio has quickly become one of his favorite places to hang out.

“It means a lot,” Williams said. “It’s kind of like a home away from home.”

“A lot of people, when it comes to music, either they can sing but they can’t write, or you have people who want to rap or sing but they don’t have the voice to do it, but they can write. ,” he explained. “So the goal is to teach them. Like, our artists Kelz Showout, like a long time ago when he started with us… He was struggling to keep up, so over time we helped him build it.

Thomas himself started rapping in high school, but eventually found he was in a better position to help others succeed on stage. He added that there were opportunities for more people behind the scenes, including ghostwriters for lyricsWho have been used in the music industry for decades.

Some major labels try to mold artists to fit all trends, like trap or drill music, but Thomas wants artists to retain creative control over their identity. He introduced Pesso Banks as a versatile singer and rapper across multiple hip-hop subgenres, while other musicians might be more comfortable with a specific sound.

For now, Thomas is most immediately focused on bringing more artists to the studio and securing a new deal to allow performances and showcases in the building. A GoFundMe page is also looking for donations to help with the rent or to make a down payment to buy the building.

“We have created a safe space for our local artists to come and work on their crafts. From recording artists to organizing showcases for their chances of having their music heard,” Thomas said. “Our goal is to be able to continue this wonderful journey and give back to our city and our young people.

To contact Venom Nation Records or book studio time at 21 Studios, visit facebook.com/venomnationrecords or call 315-870-9988. Music by VNR artists can be heard on Youtube and to soundcloud.com/vnationvr.

Are you a musician from the Syracuse area? E-mail [email protected] to share your songs, including where to listen/buy them, and a short blurb about the artist; we will periodically post a list of local music releases.