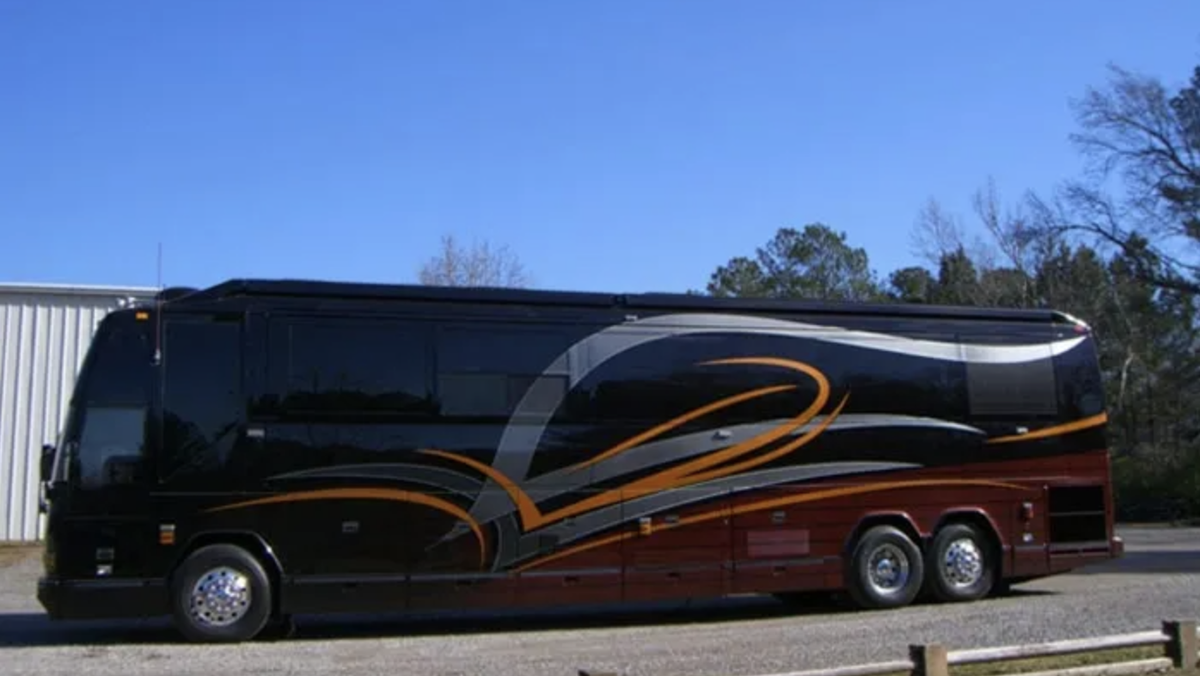 Timbaland is one of the biggest names in 21st century pop production, having worked with a star cast of artists that includes everyone from Drake and Jay-Z to Björk, Justin Timberlake, Madonna and Beyoncé.

We imagine the life of a world-renowned super-producer is pretty busy, so perhaps it should come as no surprise that Timbaland wants to be able to make music on the go. For most of us, that might mean taking an OP-1 and a pair of headphones on the train, but Timbaland takes mobile music creation to a whole new level.

His $1.3 million tour bus comes fully equipped with a professional-grade recording studio, pictured below. Conceived by Vulcan Trainers and Pro Audio Nerdsthe bus-based studio has soffit-mounted Augspurger monitors (designed and fitted under the supervision of George Augspurger himself, we’re told) and two Genelec 7380A subwoofers, plus a humble pair of KRK VXT4s for a lighter mix functions.

The fully soundproofed mobile studio, room within a room, revolves around a SSL Matrix console, which is connected to a 24-in/24-out SSL interface and seven SSL XLogic X-Racks filled with SSL preamp, EQ and compressor modules. There is also a soundproof vocal booth on board, fitted with a gold-plated Neumann U87 microphone. It all works in Pro Tools. We can’t quite make out exactly what the three synths/controllers on each side are – if you think you have an idea, email us.

As you can see in the video above, the bus has headphone controls and mic inputs directly adjacent to the passenger seat, so Timbo can literally record on the go.