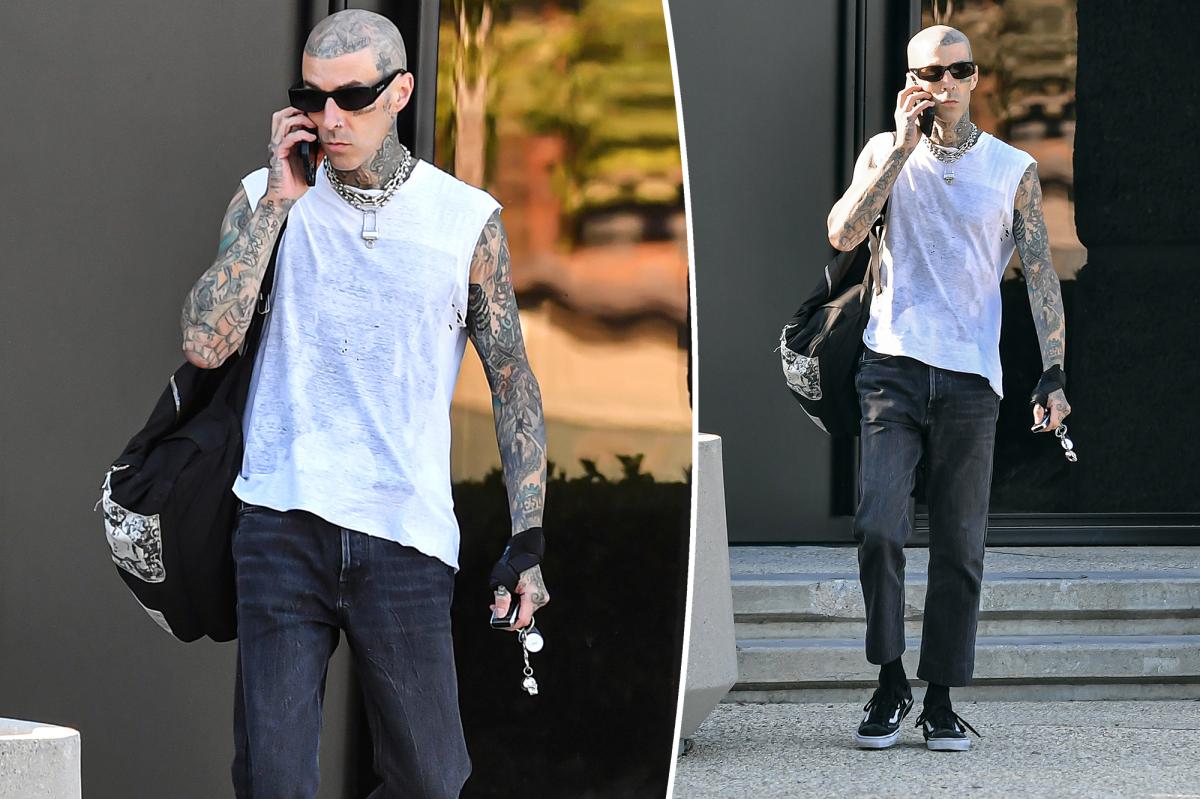 Travis Barker looks good in the recording studio after hospitalization

The Blink-182 rocker, 46, proved he was ready to get back to work when he was seen leaving a recording studio after being hospitalized with pancreatitis.

Kourtney Kardashian’s husband rocked a white tank top, dark wash jeans and several chains around his neck as he left work on Wednesday.

Barker, who was taking a phone call when he was photographed, completed the casual look with dark shades, black sneakers and a backpack over his shoulder.

It comes a day after he was seen returning to the studio for the first time, having been rushed to hospital last week.

The drummer was spotted driving a Mercedes G-Wagon on Tuesday, heading to a recording studio in Calabasas, Calif., where he greeted the studio operator with a friendly thumbs up.

Barker is recovering from pancreatitis, which was triggered after undergoing a colonoscopy.

He later revealed that the “life-threatening pancreatitis” was caused by a “small polyp” removed in a “very sensitive area usually handled” by specialists, noting that a pancreatic drainage tube was damaged.

Kardashian, 43, was pictured alongside him as he was carried on a stretcher to Cedars-Sinai Medical Center in Los Angeles, writing that it had been a “scary and emotional week”.

“I am so grateful to God for healing my husband, for all of your prayers for him and for us, for the overwhelming outpouring of love and support. I am so touched and grateful,” she added.

He shared a snap of the white rose bouquet to his Instagram Story on Tuesday, writing “Thank you” and tagging the siblings.

Kourtney’s mother, Kris Jenner, and boyfriend Corey Gamble also sent a get well message along with a bouquet of orange blossoms.